A Return Visit To Anglesey Circuit

The Anglesey motor racing circuit has various challenging track configurations these days, but it also has to undoubtedly win a prize as one of the most scenically located one in the world, situated right next to the Irish Sea and with views of the peaks of Snowdonia as a backdrop to the south. 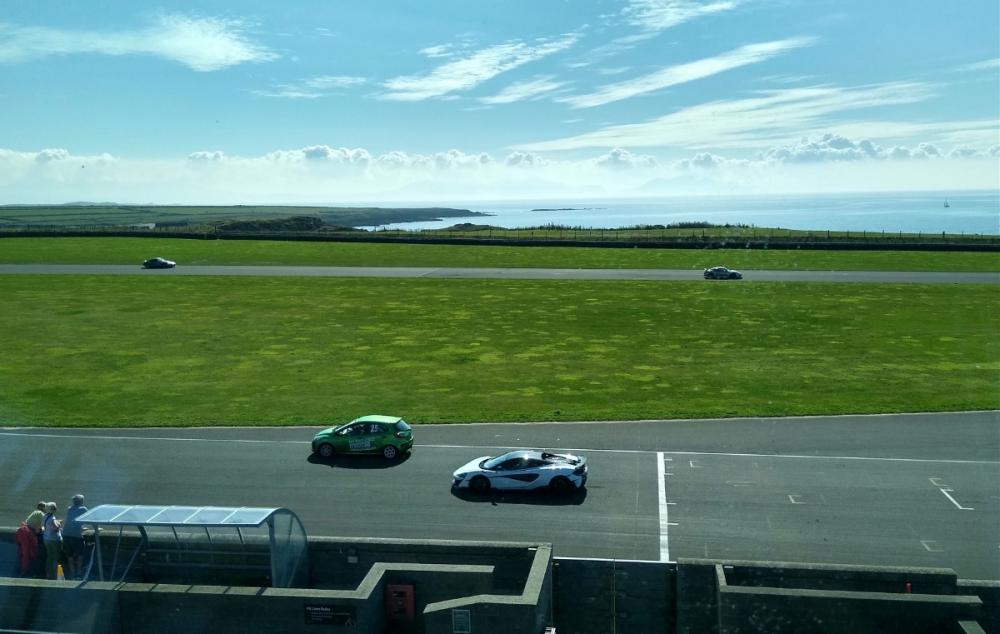 The Anglesey circuit has a truly eye-catching location
I’m sharing this with you as, with the controversial Italian Grand Prix now put to bed and the forthcoming next Formula 1 round in Russia’s Sochi not beginning until late next week, it seemed like a great idea to recharge batteries for a few days in North Wales. The views of nearby Snowdon from our rural cottage were simply wonderful and we were blessed with great weather, but of course, when racing is in your blood as Ayrton Senna famously once said, it is never far from your mind and it seemed highly appropriate to include a return visit to the Anglesey circuit, which was one of various UK ones where I cut my reporting teeth when I first started out in 1998.

Back then the track had just one simple configuration and the facilities were rather basic. In fact, an old double decker bus situated alongside the start/finish straight and grid acted as home for the timekeepers, commentator and media, all of us huddled together on the upper deck. As you will see from the photo below, much has changed since then, but let me share with you a little about the circuit’s history as it reveals a fascinating story. 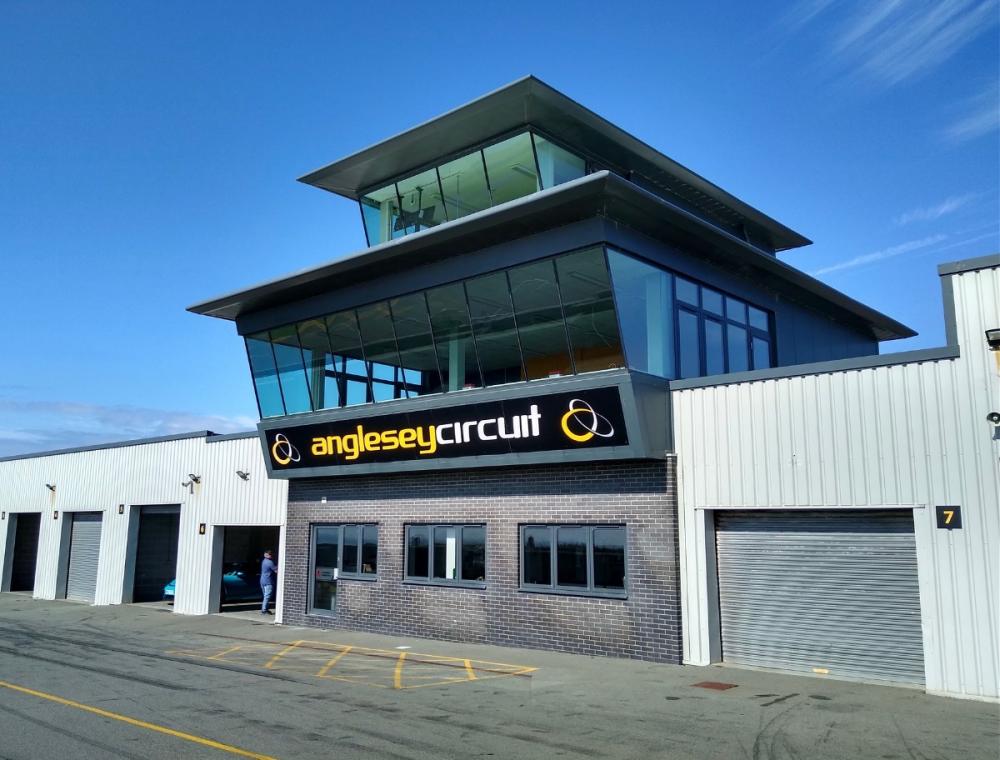 The facilities are much improved from when I first reported from Anglesey
Long before the sound of race engines and the squeal of tyres became commonplace the predominant noise at this location very much used to be that of missiles being launched at what was the Ty Croes army training camp. The land which the circuit now occupies had been the subject of a Ministry of Defence compulsory purchase order from the Bodorgan Estate back in 1941, with it becoming the home of the No.4 Heavy Anti-Aircraft Practice Camp and some top secret developments to help the war effort.

By 1992 the camp was still actively used, if simply as an RAF Air Defence Radar site, but three years later it was decommissioned. In 1989 the Bodorgan Estate had succeeded in buying back part of the land and in August of the same year the Caernarvonshire and Anglesey Motor Club held their first Motor Sports Association permitted stage rally at the venue. However, it wasn’t until October 1992 that the first circuit racing event took place, a motorcycle race meeting organised by the Wirral 100 Motor Club. Over the following years the facility was developed into a fully licenced racing circuit and in June 1997 the BRSCC (British Racing and Sports Car Club) ran the site’s first car race meeting on the then 1.057 mile long track. 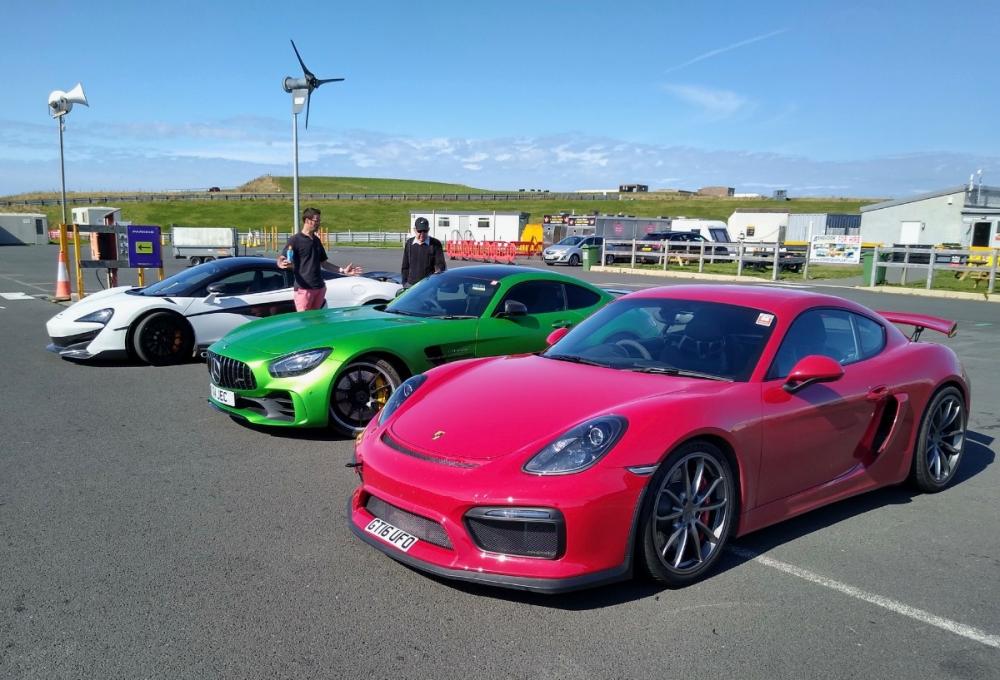 Plenty of high powered road cars were present on Wednesday for a track day
The circuit went on to become increasingly popular for car and bike racing, sprinting, rallies, super motor and rallycross, pretty much becoming too popular for its own good. As a result, a decision was taken to reconfigure and extend the ontrack facilities at a cost of £4.2m. This work transformed the venue and was completed in May 2007, providing a 12m wide surface and the various circuit configurations drivers have enjoyed ever since. Since then the site has continued to be developed, the most significant step being the completion in 2012 of a three storey control tower including race control, media and reception facilities and 22 adjoining double pit garages. A far cry from my memories of writing my lap charts perched upstairs in the old bus!

These days the circuit is busier than ever, encouraging more people to give motorsport a try by holding single seater and rally track experiences. Car and bike racing is still a core activity there, but it is also a popular venue for private testing of racing machinery prior to high profile events elsewhere and earlier this year the all-female W Series, which is supporting various F1 Grands Prix, spent five pre-season practice days at the Welsh facility. Car and motorbike manufacturers as well as publications related to two and four wheels are also frequent visitors. The circuit has also attracted the likes of television programmes such as Top Gear and Fifth Gear and has even made various appearances on the BBC children’s channel CBeebies! 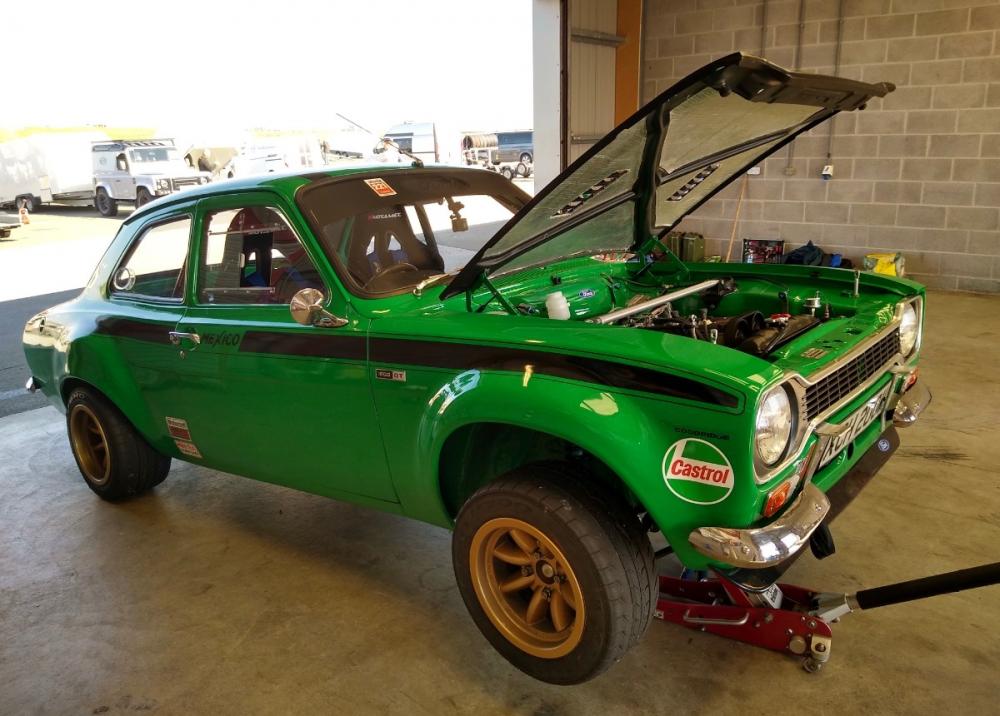 A Mk1 Ford Escort in pristine condition, set to give its owner some fun
A track day event run by a company called Javelin was being held during our visit and a totally eclectic mix of attractive vehicles filled the pit garages and paddock before heading out on track From various types of Porsche and offerings from McLaren and Mercedes to more humble but equally interesting machinery like a VW Beetle, a Mk1 Ford Escort and an early Mini. 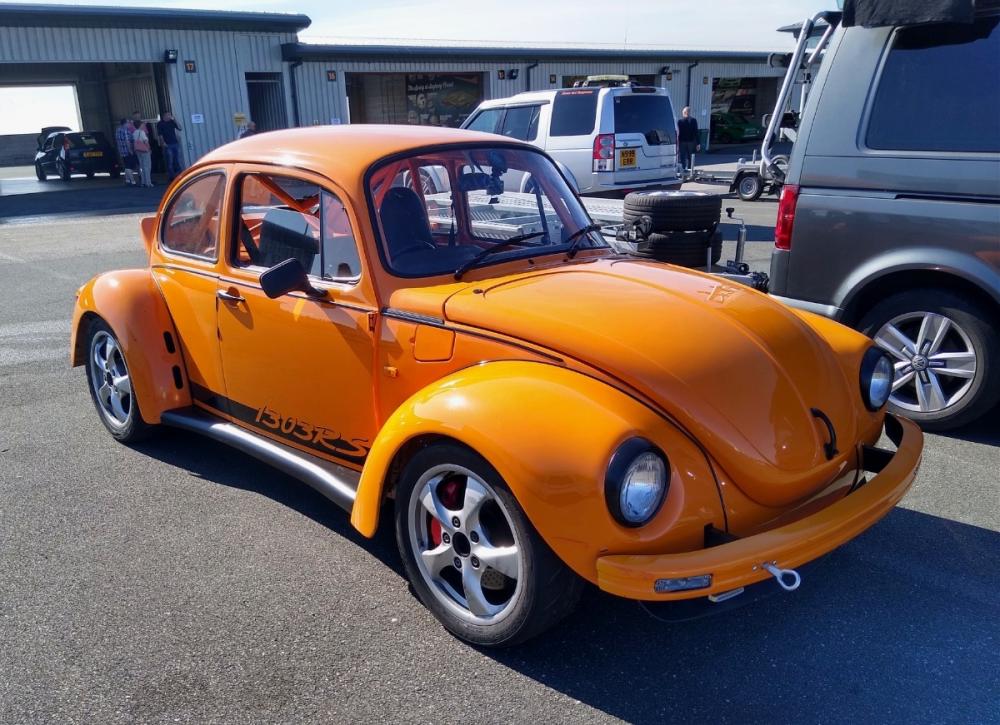 This fine VW Beetle also caught my eye
So, if you ever fancy exploring parts of North Wales’ coastal and mountainous beauty combined with some motorsport activity at an amazingly picturesque location check out the circuit’s varied calendar of events at www.angleseycircuit.com as I can thoroughly recommend it.
Also by Graham Read...
Formula 1’s Exciting New Era﻿Verstappen Officially Crowned As Mercedes Withdraws Intention To Appeal﻿The Aftermath Of Abu DhabiVerstappen On Top Of The World In Abu DhabiF1 The Loser After Chaotic Hamilton Victory In Saudi Arabia