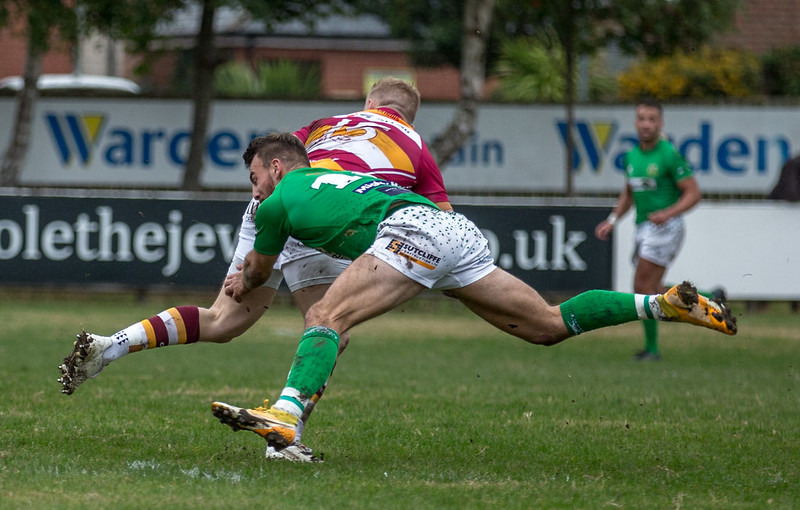 photos by Ro Burridge
On a damp drizzly day in front of a good crowd Wharfedale had the better of the early possession, although both sides committed multiple ball handling errors.

An early penalty was converted by Jack Blakeney Edwards in the 12th minute to settle nerves making the score 0 – 3.

Then, against the run of play in the 16th minute, Fylde broke out from their half and the speedy Tom Carleton scored a try, the extras added by Gregory Smith making the score 7 – 3.

Dale were now playing with confidence and a lineout on Fylde’s 22 metre line was quickly recycled to Jack Blakeney Edwards whose deft kick was collected by Harry Bullough, and touched down under the posts –Blakeney Edwards added the extras to make the score 7 – 10 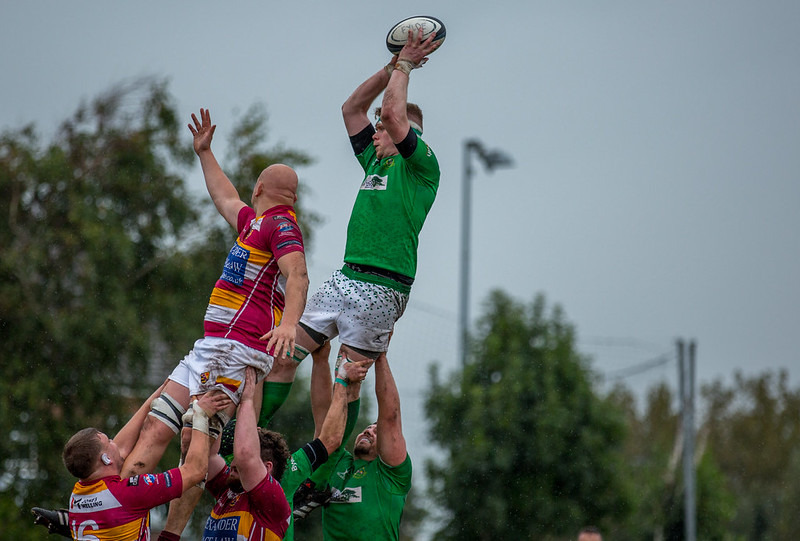 A loose clearance kick by Wharfedale on the stroke of half time resulted in broken play which Fylde capitalised on to score a try through Philip Mills, converted by Gregory Smith, to make the score 14 – 13.

In the space of 12 minutes from the start of the second half Fylde scored three tries through Benjamin Gregory (2) and Tom Carleton, all unconverted making the score 29 – 13.

Fylde were now in complete control, playing with great confidence, and from a line out on one side of the field, a cross field kick was collected by Benjamin Turner on the other wing to score an excellent unconverted try, 34 – 13. 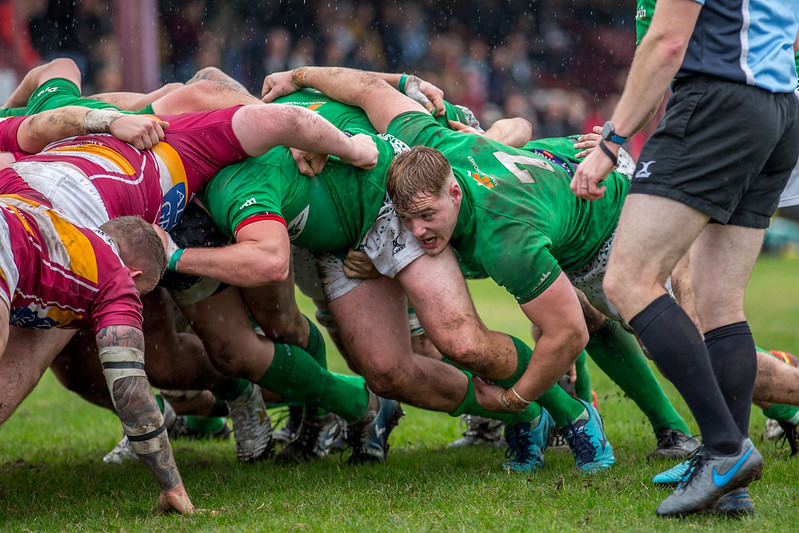 photos by Ro Burridge
From the restart, Dale tried a short kick which was intercepted and recycled through many hands to the athletic Tom Carleton who scored a try under the posts, Gregory Smith adding the conversion, 41 – 13.

Dale were now chasing the game and a long cross field pass was intercepted by Thomas Forster who touched down under the posts, converted by Gregory Smith making the score 48 – 13.

Dale were eventually rewarded in the 79th minute for some spirited play when Sam Gaudie latched on to a loose ball and hacked through for Owen Bullock to touch down, Blakeney Edwards missed the conversion.

Dale were very competitive in the first half and unlucky to concede a try on the stroke of half time but the second half belonged to Fylde, who played with pace and intensity that others in the league will find difficult to combat. 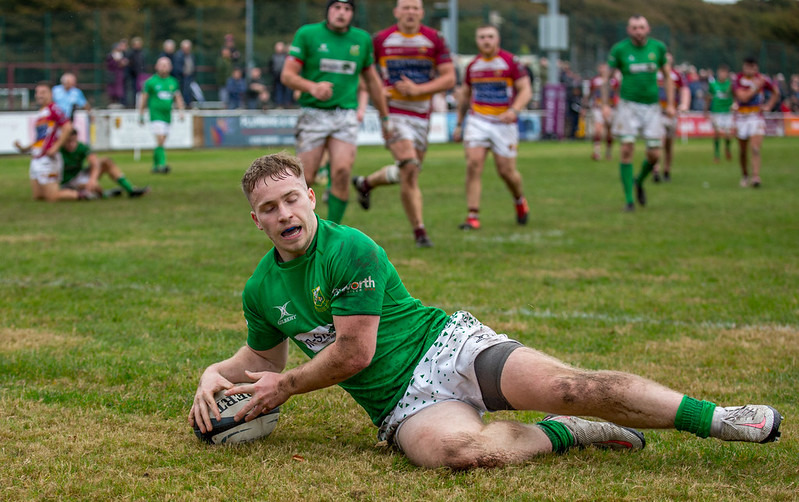 photos by Ro Burridge
Head Coach, Jon Feeley, commented after the game:
“To be in such a good position at halftime and not back it up in the second was the most hurtful part for the players and they were gutted afterwards. Fylde are an experienced team with players who have been together over several years and we allowed them back in to control after nullifying them. We worked so hard in that first half and created pressure which led to opportunities. Harry’s try was a wonderful piece of opportunism from Jack Blakeney-Edwards but it came off the back of some strong phases of play. Our back row were excellent in the loose and just need to develop their game awareness at set piece. The scrum was strong but the lineout needs more consistency. Every week new challenges and injuries are being put in front of us, but the group keeps responding positively, especially the younger boys. Oscar, Jack Pinder, Sam and Ben are having a greater influence in games and I was really pleased for Owen to get his first try”

The Green Machine return to the Avenue this Saturday to face Hull Ionians. This set of youngsters need support, they need the sage advice from the cognoscenti in the shed, they need you.