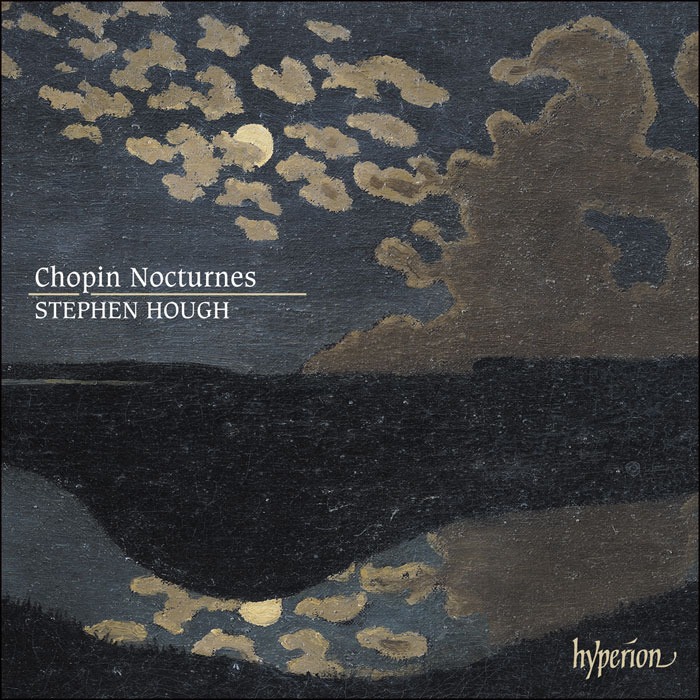 In this new 2-CD Hyperion recording, Stephen Hough takes a fresh approach to Chopin’s highly melodic nocturnes creating an exquisite portrait and, as one has come to expect from a pianist of Hough’s calibre, manages to show off the lyricism without being too cosy.

Hough explains in the notes about the tempi, which he takes slightly faster than other interpretations and also about Chopin’s preferred Pleyel piano which had a much faster decay of resonance than modern instruments. Hough Uses a Yamaha CFX in this recording made in the Queen Elizabeth Hall, Southbank Centre during lockdown in July 2020.

The playing is exquisite and one breathes with his phrasing. Again, in his superb introduction, he writes that singers need to breathe, and so do pianists and he demonstrates the point brilliantly.

Hough so expressively and fluently brings each of Chopin’s melodic lines to life as the composer would have wanted. The E flat major Op 9 No 2 is articulated with such beauty and the last track it is repeated with Chopin’s embellishments. In fact the last five tracks that close this recital are described as posthumous or misattributed compositions and and they are rather attractive, especially the wedding gift composed for Chopin’s sister Ludwika in 1830, the 'Lento con gran espressione' in C sharp minor. The transition from each nocturne to the next is sublime.