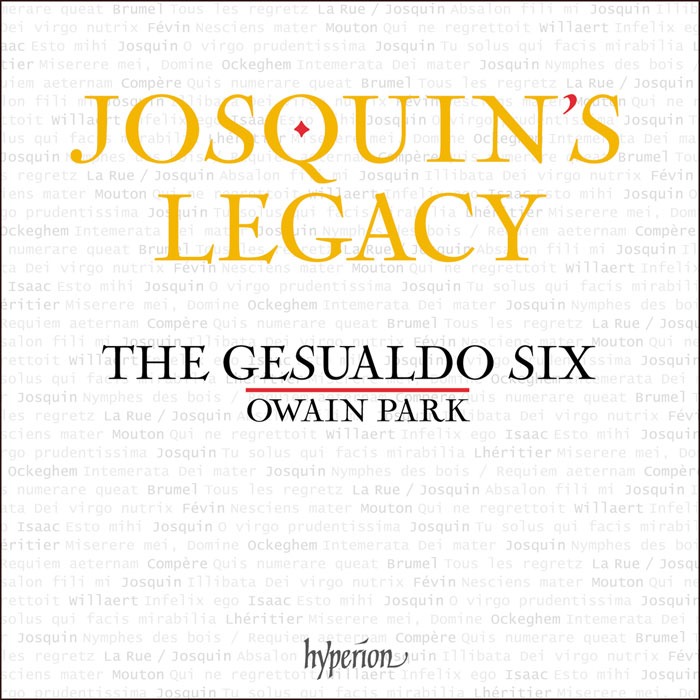 This finely tuned a cappella ensemble, just six voices, produces a resonant and magical sound, which transports one to the heart of the time Gesualdo spent at the Este court in Ferrara.

The connection between vocalists as they interweave their vocal lines creates a superb clarity. The basses in La Rue's Absalon fili mi are magnificent and throughout the marvellous voices get to the soul of what each composer intended. The counter-tenor line is glorious.

The Gesualdo Six, directed by bass, Owain Park, capture the complexities and beauty of the music and the inspiration for this CD was taken from Josquin’s 500th anniversary year in 2021. Counter-tenor Guy James says: “the emotional core of our programme is centred around Josquin’s Nymphes des bois a beautiful and personal work.” Indeed it is and the hexad’s soaring lines create an enchanting and thrilling exploration of the music with a compelling and uplifting sound.

For an introduction to the textures of polyphonic music look no further than this CD. 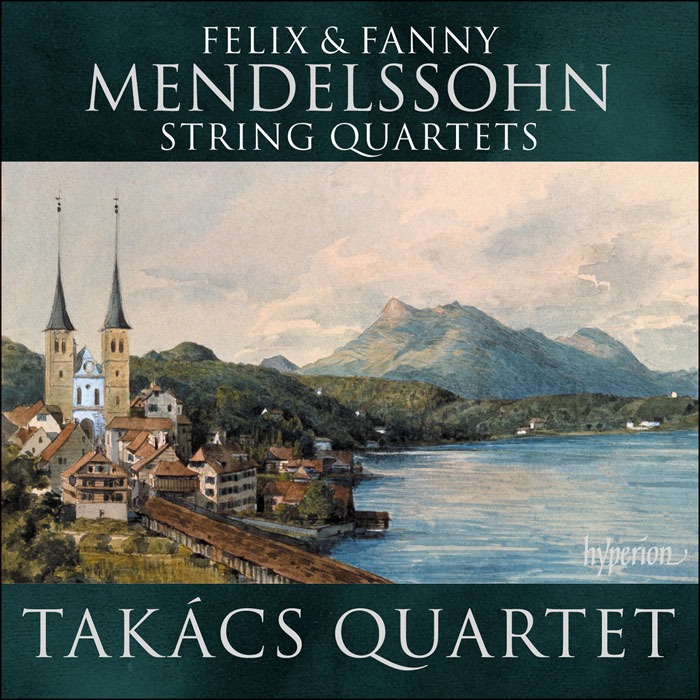 The elder of the two siblings, Fanny was, like her brother, a prolific composer and virtuoso pianist. Unfortunately, for the time she lived, her gender prevented Fanny getting the recognition she deserved for her achievements.

This lovely quartet, played first by the Takács Quartet deserves it place on this CD; it was not performed during Fanny’s lifetime. The Takács Quartet demonstrate their skill at dealing with the rhythmic vigour and expressive lyricality that the piece demands. After the deeply expressive romanze third movement the piece ends with a whirling, perpetuum mobile figurations, rondo finale.

Felix Mendelssohn’s F minor was written in the closing months of Mendelssohn’s life in 1847; it was precipitated by the tragic death of his sister from a stroke. As R Larry Todd points out when Felix received the news he collapsed in shock. When his musical inspiration returned, he poured his grief into his most dissonant and emotionally charged composition.

The Takács’s interpretation captures the fury and emotion Felix felt in the second movement before a rather charming slow movement follows. The earlier A minor quartet that rounds of this CD is more expressive and appealing. The second movement is a heartfelt adagio as Todd comments betrays a kinship with the cavatina of Beethoven’s Op 130 and this again presupposes a vocal model, as well as suggesting a rehearing of the late Beethoven.