Halifax's Hannah Cockroft was bloodied but not beaten as she defended her Paralympic 800m T34 title with a dominant victory.

Cockroft took nearly 12 seconds off her Paralympic record from five years ago but her time of 1:48.99 was just fractions slower than her world best from Switzerland earlier this year, with team-mate Karé Adenegan taking silver.


I was so close that to world record, I couldn’t have got closer if I’d tried. Hannah Cockroft
The seven-time Paralympic champion raced with a bandaged right hand after an accident during warm up when her hand slipped and went through the spokes of her chair. 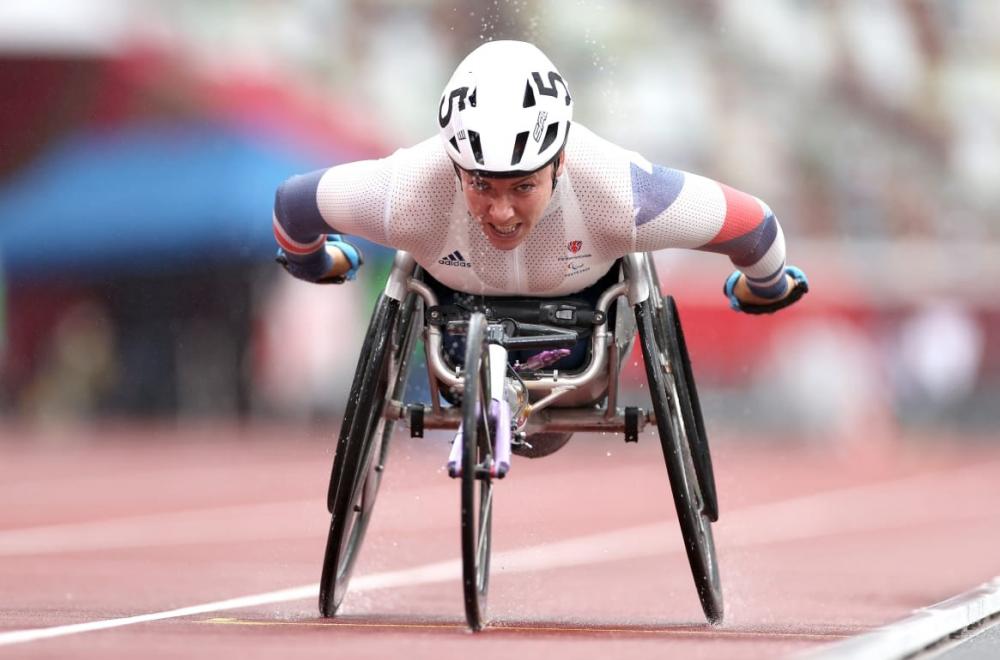 The seven-time Paralympic champion
“I’m absolutely gutted,” Cockroft joked. “I was so close that to world record, I couldn’t have got closer if I’d tried.

“I’m really happy with gold but I’m obviously a bit frustrated I couldn’t quite squeeze under that time but to go close on a rainy day.

“I did that time in Switzerland on the fastest track in the world so to come here and replicate it, I’ve got to be proud.

“I put my hand through the wheel while the chair was moving, I’ve never ever done that but I decided to do it today. It was pretty bloody but it’s fine.”
Adenegan set a new 1:59.85 personal best to hold off American Alexa Halko to claim silver, matching her medal behind Cockroft in the 100m. Team-mate Fabienne Andre came fourth.

“I’m so happy with a personal best and to go sub two minutes for the first time on the international stage, I raced it by myself as well,” said Adenegan.

“At the World Championships it was a super close race between myself and Alexa but that was a really comfortable second place.

“I did what I expected and wanted here and to get two season’s bests when it matters and it shows that all the hard work to peak on time paid off. It’s been a really tough couple of years for all of us, so I’m really pleased with how I performed.” 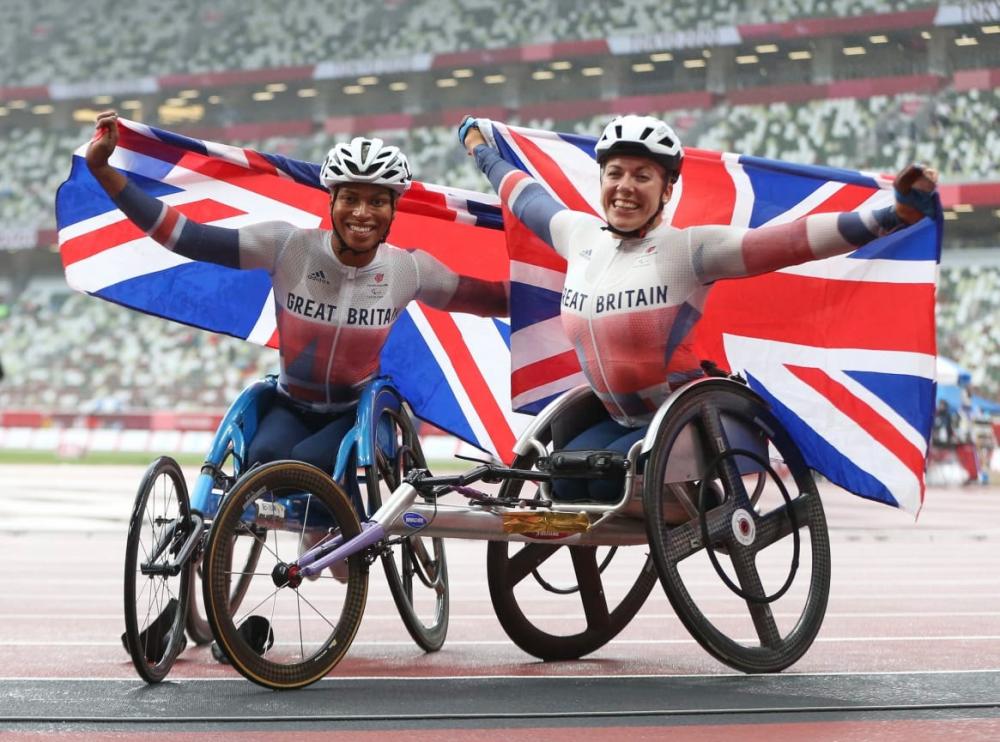 Gold x silver
However, there was disappointment for T13 long jumper Zak Skinner, who was in the bronze medal position heading into the sixth and final round.

He then had to watch as American Isaac Jean-Paul bettered his best jump by just two centimetres, relegating the European champion to fourth with a best effort of 6.91 metres.

“That’s tough to take, sport is cruel but I could have done the same thing to him. It just hurts, even when he jumped that I still thought I had it in,” he said.

“I just wasn’t able to manage it on the big stage and I wasn’t good enough. I’m going to use this to fuel the fire because I don’t ever want to feel like this again.”