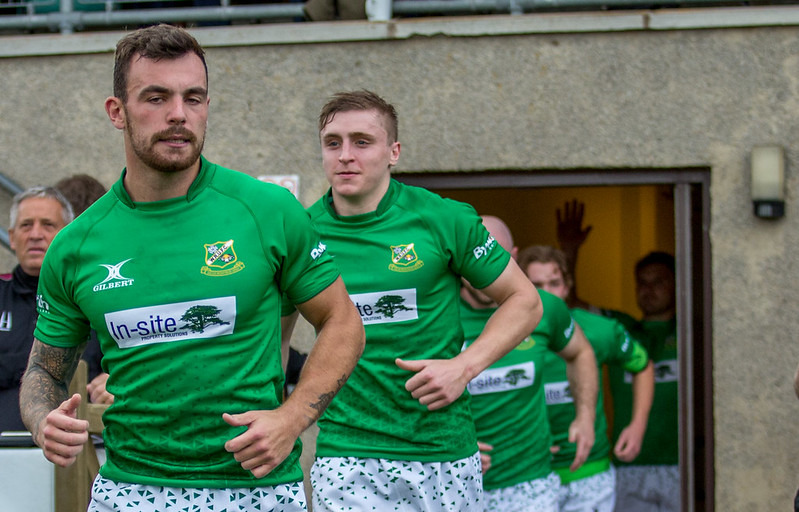 An enthralling game of rugby was won by the visitors in the last quarter when they scored four tries to come from 26-19 down to make it look like a comfortable bonus point win. Scott Barrow, Sedgley Head coach, reflected on this after the match and said “we were out to win it, but Wharfedale kept coming back at us. Our bench was very strong and allowed us to pull away at the end”.

There was a lot of entertaining rugby played by both sides. Dale opened the scoring after a break by Oliver Cicognini who offloaded for Elliot Stockton to score. Jack Blakeney-Edwards added the extras from wide left.

Park opened their account with a break from the scrum for an unconverted try by Tom Ailes. A break down the right led to Rhys Henderson touching down and Stephen Collins added the two points. 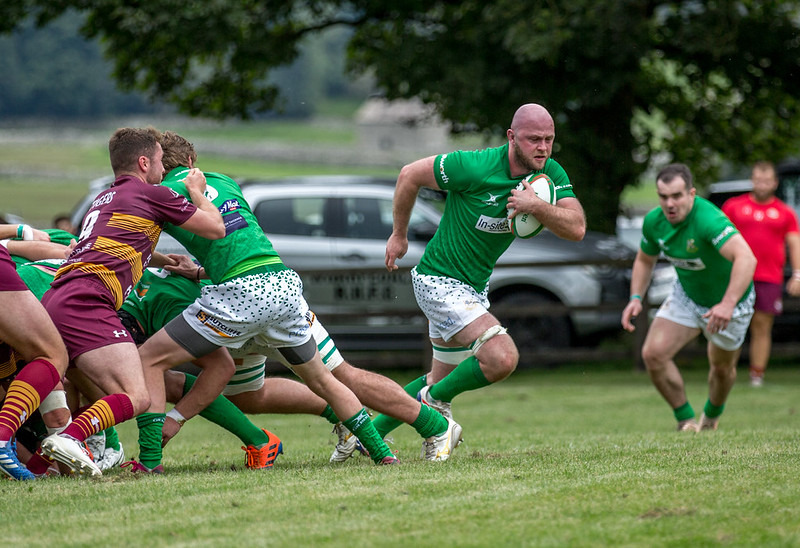 Both sides came within a whisker of adding to their tally. First a grubber through for Park was judged to have touch the deadball line when downward pressure was applied. On the stroke of half time Dale put together a sweeping move ending with a superb pass from Tom Davidson to put Harry Bullough through. Both seemed to be ok but the intervention of the Assistant Referee led to both scores being erased. Dale’s was for a forward pass.

The second half was an explosion of scoring.

The Green Machine opened the second half by putting together 12 phases. Eventually the Tigers were broken after a surge down the left from Stockton. A well timed off load allowed Josh Burridge room to squeeze over in the left corner. Blakeney-Edwards’ struck an excellent conversion to take Dale into the lead. Park took over and had a period of possession in Dale territory. 12 phases led to space on the right and Matt Gallagher touched down. Collins added the extras.

Wharfedale regained the led with some fine play between Harry Bullough and Ryan Hamilton. Dale won a turn over in midfield and Hamilton made a clean break. Bullough was on his shoulder to take the ball forward and then when the cover closed he passed back to Hamilton who crossed the whitewash. Another touchline conversion again edged Dale into the lead. 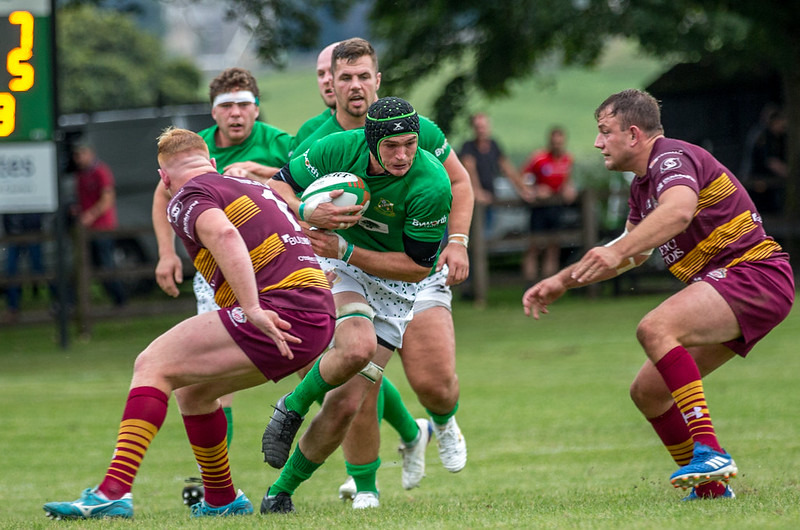 Dale’s fourth try was from a line out in Sedgley’s 22. 2nd phase ball was quickly moved right for Hamilton to grab his second score. No conversion but Dale had a bonus point and a 7 point lead.

Then the visitors opened up and tries from Gallagher, Henderson, Andrew Riley and Kian Stewart. two of which were converted, sealed their victory.


Wharfedale Head Coach, Jon Feeley, said we were excellent for 60 minutes with occasional lapses of concentration – our attacking play was outstanding but….it is an 80 minute game”

All the faithful will echo these words. They held the lead against Rotherham for 26 minutes, against Sheffield Tigers until half time and again were leading after 62 minutes against Sedgley. There was much to praise from this performance and much to carry forward. Nearly all who watched this match thoroughly enjoyed a thrilling game of rugby – this was well worth the admission fee. 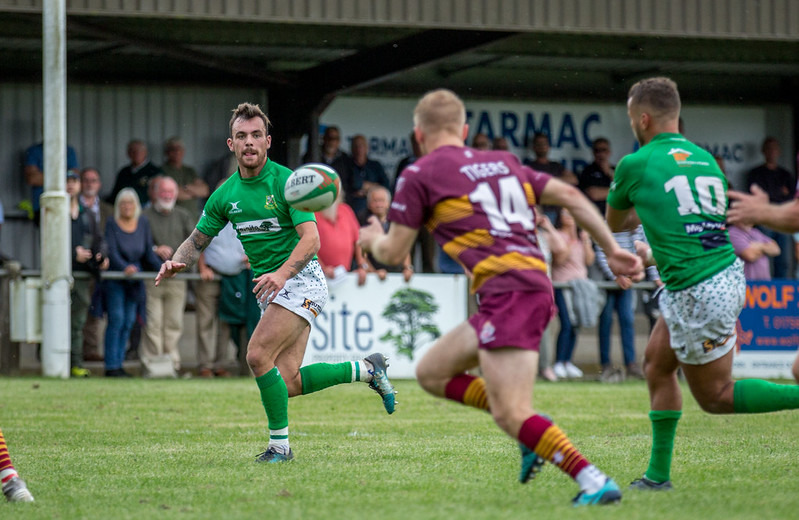 The Green shirt was worn with pride and the squad never gave up. There was a tremendous effort towards the end to move the ball out of defence and add another try to secure a losing bonus point.