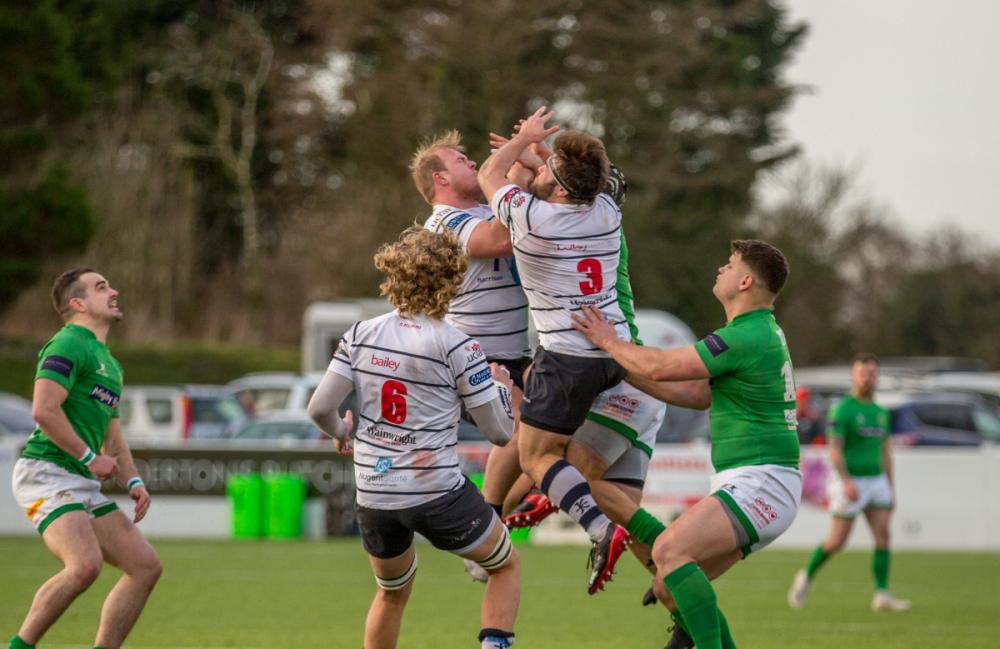 photo by Ro Burridge
A scrappy first 60 minutes left Wharfedale trailing by 14 points with 20 minutes to go. Dale had not really played that well. Jack Blakeney-Edwards and Tom Davidson kicked four penalties each and Hoppers held the lead by pouncing on two errors by Dale.

Preston’s first try came when Dale dropped the ball near half-way. The ball was hacked on by a Preston player. A Hopper’s player was winning the chase after the ball when he was brought down and the referee awarded a penalty try and a yellow card.

The home side’s second try was gift wrapped. A move in mid-field went wrong and the ball left hanging in the air for someone to run on to. Unfortunately for Dale it was Preston who read the sequence and Alex Hurst gladly took the ball and ran under the posts. Both tries were converted by Davidson.

Wharfedale then set up camp in Preston’s 22 (with only a brief foray into Dale’s half and a long-range penalty attempt from Davidson). Wave after wave of Green shirts poured forwards to the Preston line. A good catch and drive was rewarded with a Matt Speres touchdown. Blakeney-Edwards adding the extras. 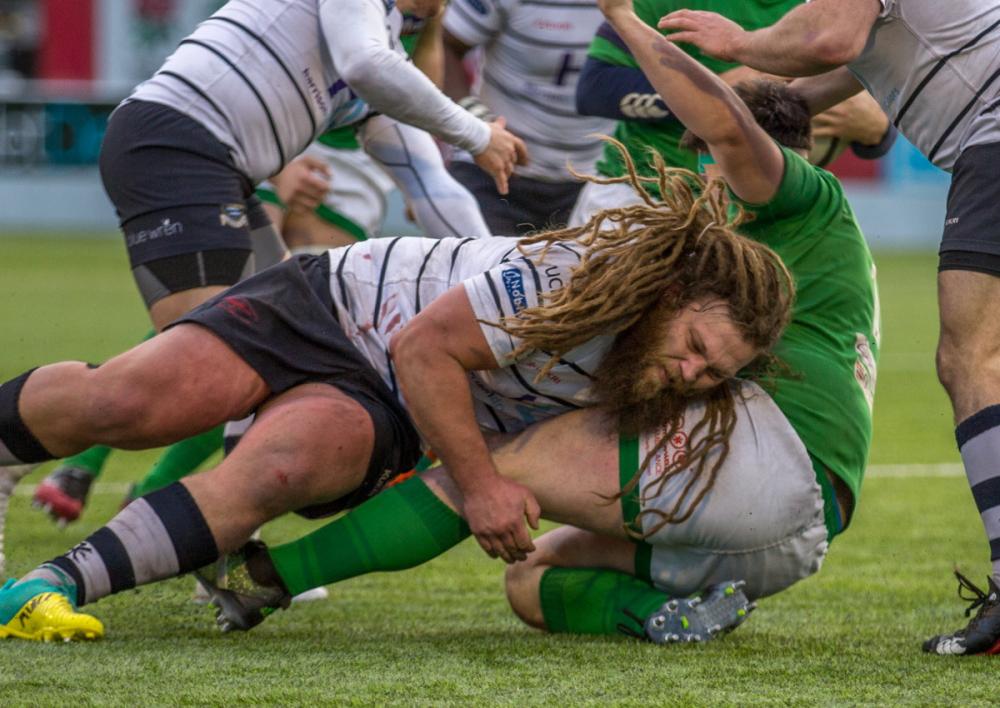 photo by Ro Burridge
Dale surged forwards again. Penalties mounted up and a yellow card was shown to a Preston forward. Penalties carried on being given away by a clever and resilient Hopper defence. No more yellow cards though and probably not enough clear-cut chances to award a penalty try.

Minutes went by after the time had elapsed and it looked like Fylde away all over again. The last phases saw penalty advantage and penalty advantage and eventually the resistance broke and the Green Machine sent Jonny Moore crashing over. Blakeney-Edwards maintained his 100% record and tied the game with the final conversion.

Dale had a massive territorial advantage especially in the second half. The line-out stuttered but generally worked and the scrum was solid; occasionally getting a nudge on. All the pack worked hard but, if there was a fault, it was in the turnovers given away or penalties conceded. 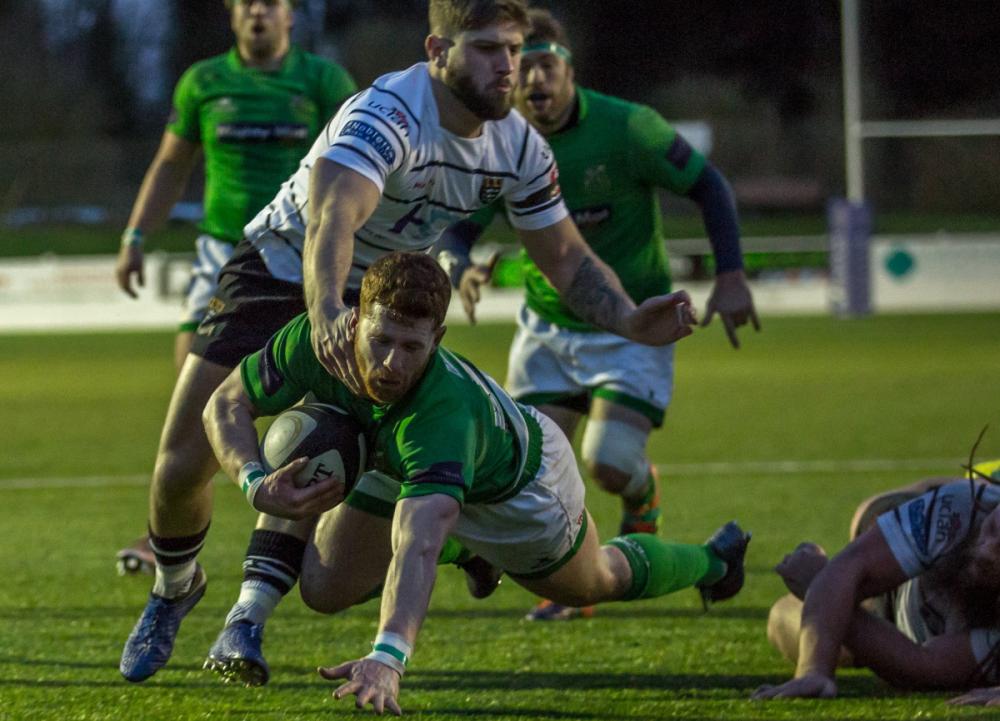 photo by Ro Burridge
The backs also played their part; hard tackling and intelligent work and support play. The back three did what they could to influence the game but did not get too many chances to show their skills. Sam Gaudie and Jack Blakeney-Edwards again asked questions all around the pitch. Good distribution, probing runs, keeping the defence guessing, and a varied kicking game meant that Hoppers were always having to double check what was happening.

The first half was not the most entertaining with mistakes being made from all quarters. The drama at the end was pulsating with both sides giving every last ounce of energy into getting a result.