Russell To Mercedes And Bottas To Alfa Romeo

Two of the worst kept secrets in Formula 1 have now been publicly confirmed, with the 23 year old British rising star George Russell next year replacing Valtteri Bottas as Sir Lewis Hamilton’s team-mate at Mercedes on a long term deal and the 32 year old Finn taking up a new challenge at Alfa Romeo.


George Russell will replace Valtteri Bottas at Mercedes next season
Russell, a Mercedes junior driver, is a highly likeable character as well as being vastly talented, having won the 2017 GP3 title and the 2018 Formula 2 championship before being placed at Williams for the last three seasons as the young charger from Kings Lynn gathered F1 experience. His outstanding performances for the Grove based team and also when deputising for a Covid-19 stricken Hamilton in Bahrain late last year have been carefully monitored by Mercedes and, with an eye on the future, the decision was taken to promote him to the highly successful works team in place of Bottas.

A thrilled Russell enthused “I’d be lying if I said I was absolutely buzzing. It’s a huge opportunity and one I want to grab with both hands”, with his new team principal Toto Wolff adding “He has been a winner in every racing category and the past three seasons with Williams have given us a taste of what the future could hold for him in F1.”


The dropped Bottas is looking forward to a new challenge with Alfa Romeo
Bottas has been a solid and reliable number two driver to Hamilton at the dominant Mercedes outfit since his arrival from Williams in 2017 following the sudden retirement of the then new champion Nico Rosberg. However, he has proved unable to regularly pose a serious threat to his team-mate and has always been aware of what was dutifully required of him if team orders had to be employed.

Very publicly dropped he may have been in F1’s infamous Piranha Club even though he had made it clear that he had hoped to continue driving for Mercedes, now Bottas is looking forward to his multi-year deal with the team which is actually Sauber, if branded as Alfa Romeo, and is based in Hinwil, Switzerland, Next year he will be reuniting with the Alfa team principal Fred Vasseur after they had worked together successfully at ART for the 2009/10 F3 championships and then when he took the 2011 GP3 title.

Following the announcement of his move Bottas commented “A new chapter in my racing career is opening and I’m excited to join Alfa Romeo for 2022 and beyond for what is going to be a new challenge with an iconic manufacturer”., with Vasseur explaining “With Valtteri we bring to Hinwil a strong team player with experience at the sharp end of the grid, having been an integral part of a team which has rewritten the history books. He is the right driver to help Alfa Romeo make a step forwards towards the front of the grid.” Alfa Romeo has indicated that the team is in no hurry to reveal who will be Bottas’ team-mate next year, with Antonio Giovinazzi under threat of not retaining his seat. 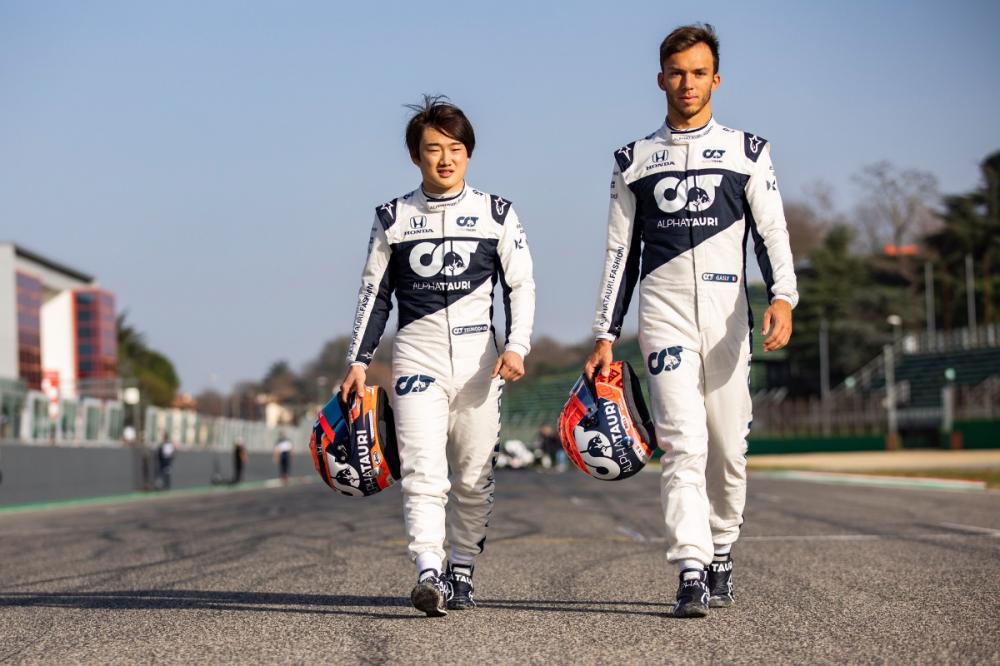 Pierre Gasly (right) and Yuki Tsunoda will continue to race for AlphaTauri in 2022
With the futures of Russell and Bottas now publicly confirmed, we await news of the Williams driver line-up for 2022, with Russell’s vacant seat likely to be filled by the Mercedes Formula E champion Nyck de Vries or the current Red Bull reserve and test driver Alex Albon and with the other berth probably set to be occupied again by the current incumbent Nicholas Latifi. Meanwhile, AlphaTauri has today officially confirmed that, as very much expected, it will be retaining its Pierre Gasly/Yuki Tsunoda line-up for next season.
Also by Graham Read...
Formula 1’s Exciting New Era﻿Verstappen Officially Crowned As Mercedes Withdraws Intention To Appeal﻿The Aftermath Of Abu DhabiVerstappen On Top Of The World In Abu DhabiF1 The Loser After Chaotic Hamilton Victory In Saudi Arabia