Emma Wiggs held her nerve to power to Paralympic gold and admitted the last five years have taken their toll both emotionally and physically.

She will bid to defend that title on Saturday but whatever happens, she has already added another medal to her collection with victory in the VL2 event.

ParalympicsGB team-mate Jeanette Chippington, 51, won a battling bronze to win a medal at her seventh consecutive Games, having first competed as a swimmer at Seoul 1988.

Rob Oliver also made the podium in what could be his final race, winning men’s KL3 bronze following a photo finish.

It’s just amazing to make history and to do it on a podium with Jeanette again is more than we could have dreamt of - Emma Wiggs
“I had a wrist injury that I had to have surgery on in 2018,” said Wiggs.

“I had a really rocky nine months of feeling completely lost and probably for the first time in my life I felt disabled, with a little wrist injury.

“The help and support that I got then was really crucial to getting me here today. I’ve learnt so much about myself and I’ve learnt it’s more important that you’re more than just your sport.

“I’d become Emma the canoeist rather than Emma Wiggs the person. 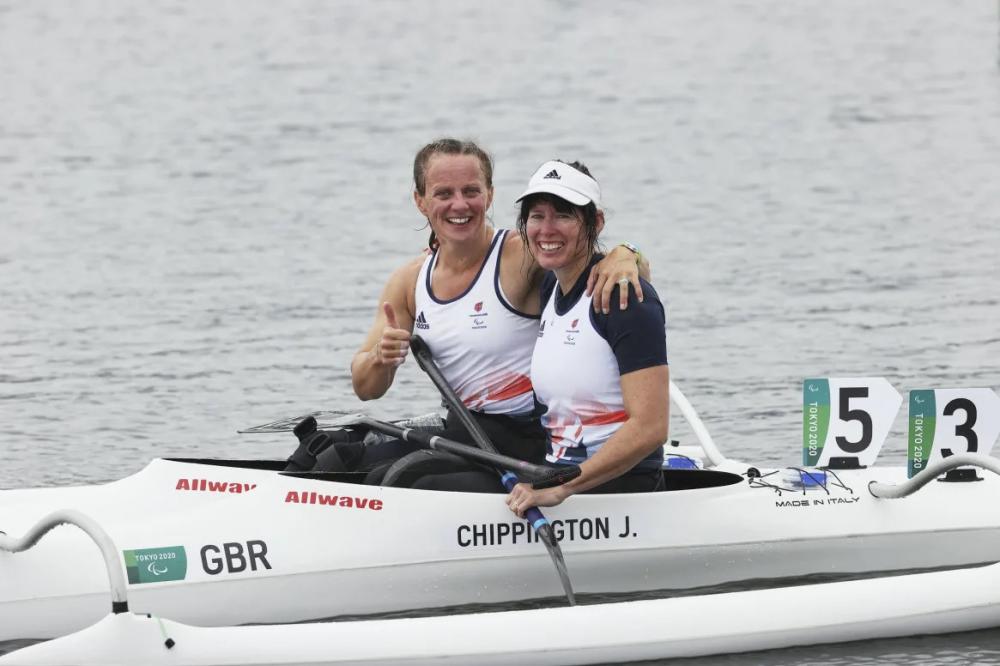 Make ours a double
“It’s just amazing to make history and to do it on a podium with Jeanette again is more than we could have dreamt of. And I’ve just heard Rob’s got on the podium which has made me cry again.

“It’s just been a lot of hard work and our team are just incredible. We get the easy bit, we just have to paddle.

“We were off the water for 15 weeks at the start of the pandemic, which impacted my kayak quite a lot. We just adapted, we had stuff at home. I live in a bungalow in the middle of Derbyshire so there’s not much water around. We just made do and we made the most of every day.

“I just decided that I need to put my big-girl pants on and make the most of the extra year. I’m a year older, so it’s not that easy and the youngsters are coming through.”


Last year my dad got Covid and passed away and it's been so hard. My parents came out to every single Games that I'd done - Jeanette Chippington
Chippington’s 14th medal also felt extra special, dedicating it to friends and family watching back home and her father, who passed away last year.

“I felt the pressure,” she said of her bronze, ParalympicsGB’s 100th medal in Tokyo.

“This is my seventh Paralympics and I had medalled at every Games and I thought, ‘Oh my God, is this going to be the Games where I don’t medal?’

“Last year my dad (David) got Covid and passed away and it’s been so hard. My parents came out to every single Games that I’d done. 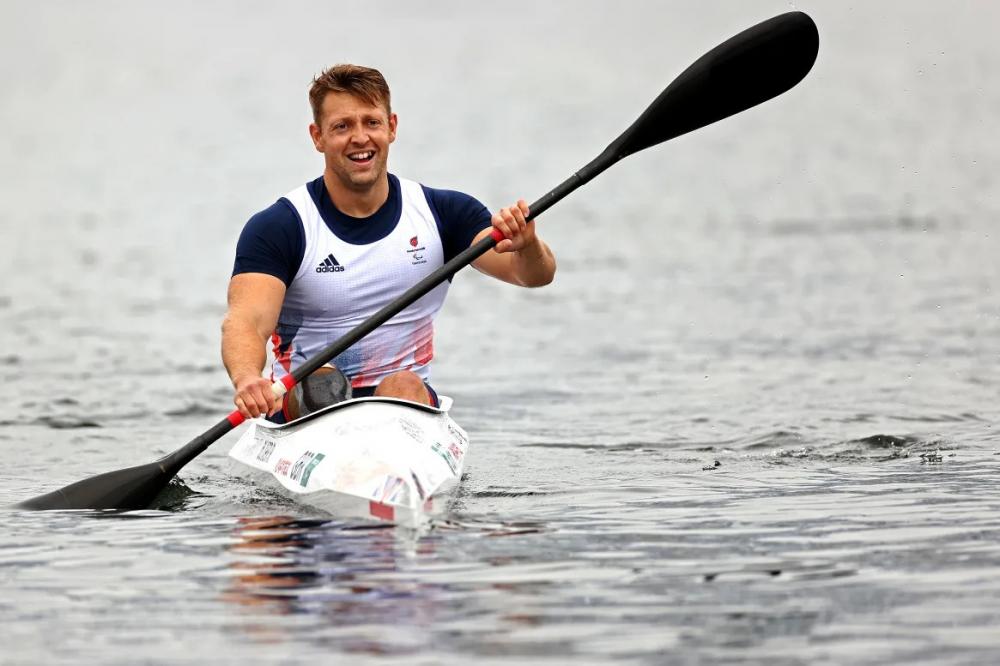 All smiles for a first Paralympic medal for Rob Oliver
“I do think he’d be so proud of me, my coach always says when you’re in your race, just imagine your friends and your family are behind you and pushing you that last bit of the race.

“I literally was thinking that and thought my dad, he’s there, just give me an extra little push.”

Oliver was the only member of the ParalympicsGB sprint canoe team not to medal in Rio, which explained his emotion after edging his bronze in a photo finish, especially after battling a stomach strain since arriving in Tokyo.

“I got Covid five weeks ago and it was always touch and go whether I’d even be here,” he revealed.
This time around being a dad has grounded me a lot and this is just me enjoying my sport - Rob Oliver
“It almost took the pressure off, the last 18 months has been so terrible for everyone. I thought what else can go wrong? And then I got Covid and then I got the stomach strain. Just being here and embracing these Games felt enough for me and having that mindset helped.

“Five years ago, before my final I head-butted a wall because mentally I wasn’t tough enough, I couldn’t handle the pressure of it. This time around being a dad has grounded me a lot and this is just me enjoying my sport.

“It was hard being the only one with without a medal in Rio. I was almost ready for it here in case it didn’t happen again.

“I’m the only person without a billboard at the training centre. It was very hard, especially in that first year, but I stuck with it.”