A Fine Recovery Effort By ﻿United Autosports At Le Mans

The Wakefield based United Autosports motor racing team overcame adversity to finish 10th and 14th overall and 6th and 10th in the LMP2 class at this weekend’s 90th running of the iconic Le Mans 24 Heures endurance race in France. 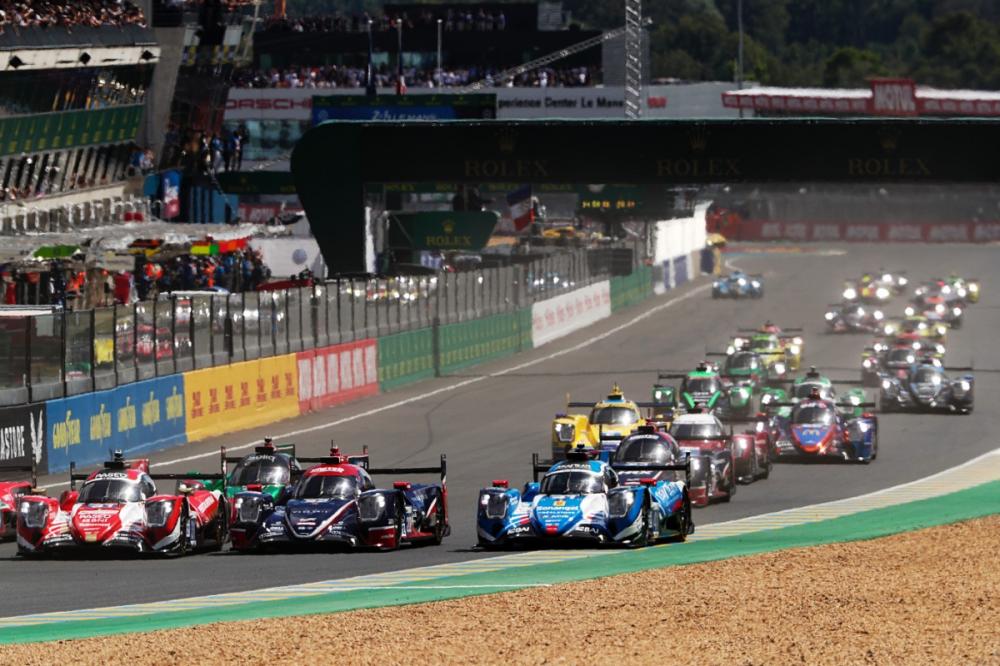 United Autosport’s blue and red car 22 had to overcome adversity early in the French endurance classic
Their car 23 piloted by British drivers Alex Lynn and Oliver Jarvis plus Josh Pierson from the USA achieved their impressive sixth in class finish despite a trio of unplanned pit stops early in the race due to tyre delamination issues and sister car 22 pedalled by British driver Phil Hanson, Portugal’s Felipe Albuquerque and the USA’s Will Owen recovered brilliantly from dead last on the opening lap for its 10th in class position come the chequered flag. The latter’s poor start was purely down to being hit by a rival car and punted off the track into the gravel at the very first corner with the long race only seconds old and justifiably resulted in a time penalty for their LMP2 class rival responsible. Little comfort for United’s car which lost two laps limping back to the pits for a new nose and then had to cope with floor and sidepod damage for the rest of the race.

United are now second and eighth in the FIA Endurance Trophy for LMP2 teams after three races and will be back in action for round 3 of the European Le Mans Series on 3 July at Monza in northern Italy, just a week before the same iconic circuit holds the fourth round of the FIA World Endurance Championship.
Also by Graham Read...
Oscar ﻿Piastri At Centre Of F1 Contracts RowAlonso To Race For Aston Martin From 2023 OnwardsVerstappen Flies ﻿From 10th To Victory In HungaryFour-Time F1 Champion Vettel To RetireVerstappen On Top In France Ahead Of Mercedes Duo