Bottas On Top In Turkey As Verstappen Regains Title Lead

After 15 Grands Prix so far in 2021 Sir Lewis Hamilton had arrived in Turkey for today’s race just two points ahead of his arch rival Max Verstappen, giving excited fans around the world the sort of unpredictable season they have clamoured for ever since Mercedes’ total domination of the sport began back in 2014. This afternoon though the latest round in the thrilling battle for the Drivers’ title actually went the way of Hamilton’s team-mate Valtteri Bottas who emerged on top, with second placed Verstappen moving back ahead in the fight to become world champion. 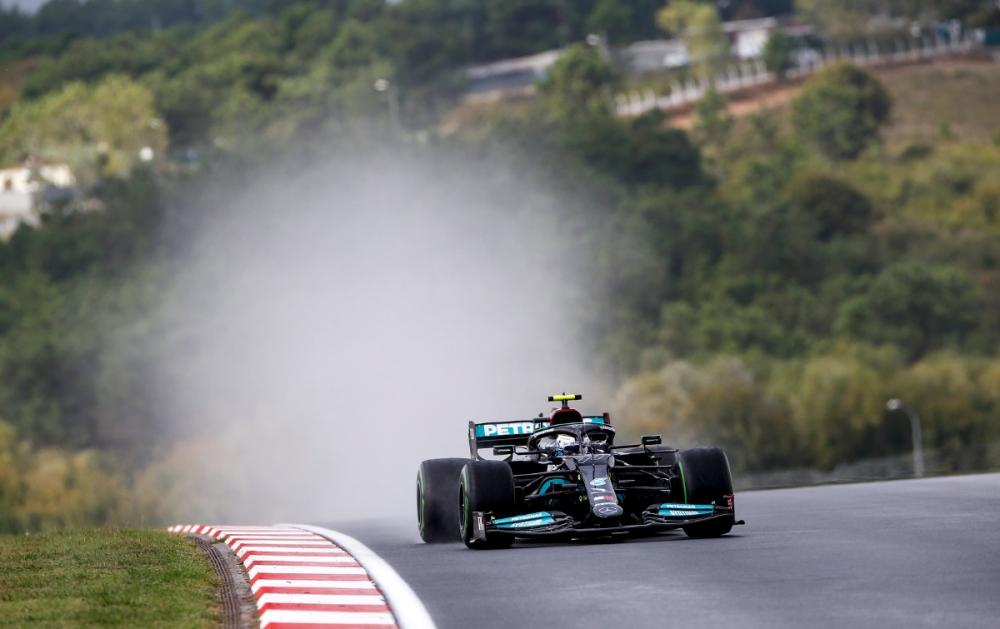 Mercedes’ Valtteri Bottas dominated at Istanbul Park
On the latest F1 news front Formula 1 CEO Stefano Domenicali had revealed last Monday that the 2022 calendar, set to be announced on 15 October, will include a record breaking 23 Grands Prix, starting in March and concluding much earlier than normal in mid November, thereby avoiding the timing of the November/December football World Cup in Qatar. Domenicali also indicated that the Saturday Sprint races trialled at Silverstone and Monza this season will probably be held at up to eight F1 weekends next year.

As the red lights went out at the start of the race every driver was on intermediate wet tyres and Bottas soon established a lead ahead of Verstappen, Leclerc and Pérez.

Turning to Turkey, the Istanbul Park circuit, unlike Russia two weeks ago, features just a 220 metre sprint to the first corner and therefore there would be far less slipstreaming and more reliance on gaining places under braking during the crucial opening moments of the race. There was a return too to an 80km/hr pit lane speed limit, reducing time lost through stops and potentially increasing strategic alternatives. Last year’s Turkish Grand Prix weekend had taken place in predominantly wet conditions and so all teams were keen to gain data in the practice sessions about dry running. The previously so slippery track surface was also expected to provide much more grip than last year after having been water blasted recently.

Red Bull chose to run its cars with a special one-off predominantly white livery as a tribute to its outgoing Japanese power unit partner Honda, although the automotive giant will continue to provide support in 2022 by still building Red Bull’s power units and giving trackside operational assistance. Only from the following year will Red Bull take over full responsibility at its new facility being established next to the team’s Milton Keynes HQ. Honda had been due to enjoy its final home Grand Prix this weekend at its own Suzuka circuit before the pandemic caused its cancellation and its replacement with the Turkish round. The striking Red Bull livery had been inspired by Honda’s RA 272, the first Japanese car to take a Formula 1 victory in the hands of Richie Ginther at the 1965 Mexican Grand Prix. Red Bull’s sister AlphaTauri cars also amended their liveries, with “arigato” (meaning thank you) added to the rear wings in Japanese script. 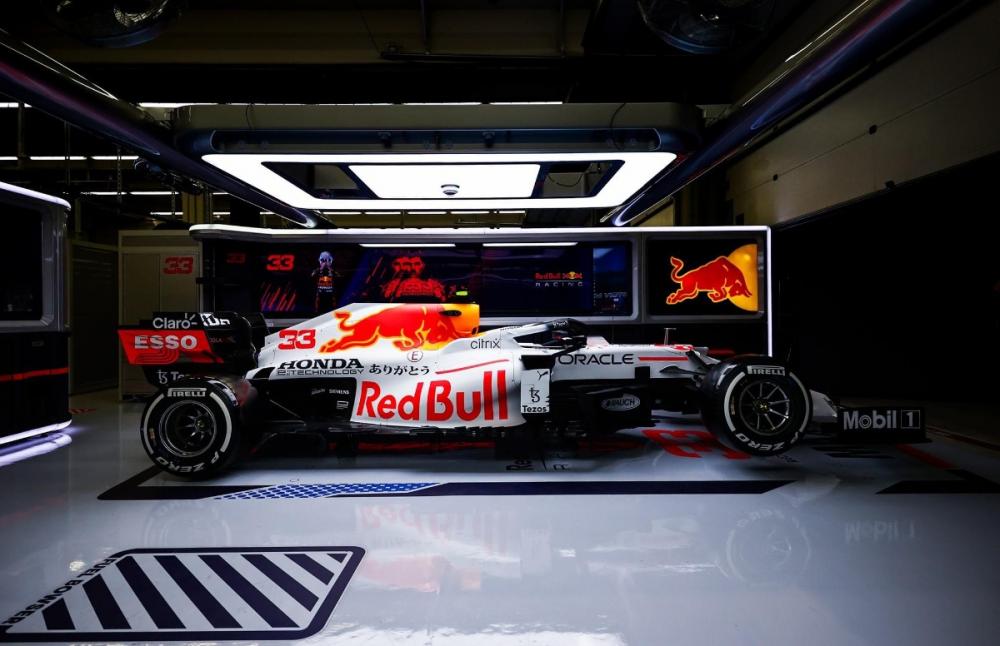 Red Bull ran a one-off mainly white livery as a tribute to its outgoing power unit supplier Honda
On the subject of car liveries, Hamilton had indicated in the run-up to the Turkish event that he would be happy if Mercedes want to return to their traditional “silver arrows” colour for next season after he had persuaded the team to change to black with effect from the 2020 season as a strong anti-racism message.

The reigning champion had again dressed controversially as he arrived in the Istanbul Park paddock on Thursday, hoping to open people’s minds as to what should or shouldn’t be considered acceptable. Leaving fashion aside, other drivers, including Verstappen, have already endured demotion to the back of the grid due to the use of more than the permitted three power units per season and this situation partially caught up with Hamilton too this weekend. Mercedes chose to change his car’s internal combustion engine (ICE) but not the other parts of his power unit, meaning he would face a 10 place grid penalty for today’s Grand Prix rather than being forced to start from the rear if every component had been replaced. Ferrari’s Carlos Sainz knew even before arriving in Turkey that he would be starting at the back due to a full power unit change after its hybrid system had been upgraded, just as his team-mate Charles Leclerc had been similarly penalised at the previous race in Russia.
2021 Formula 1 Turkish Grand Prix 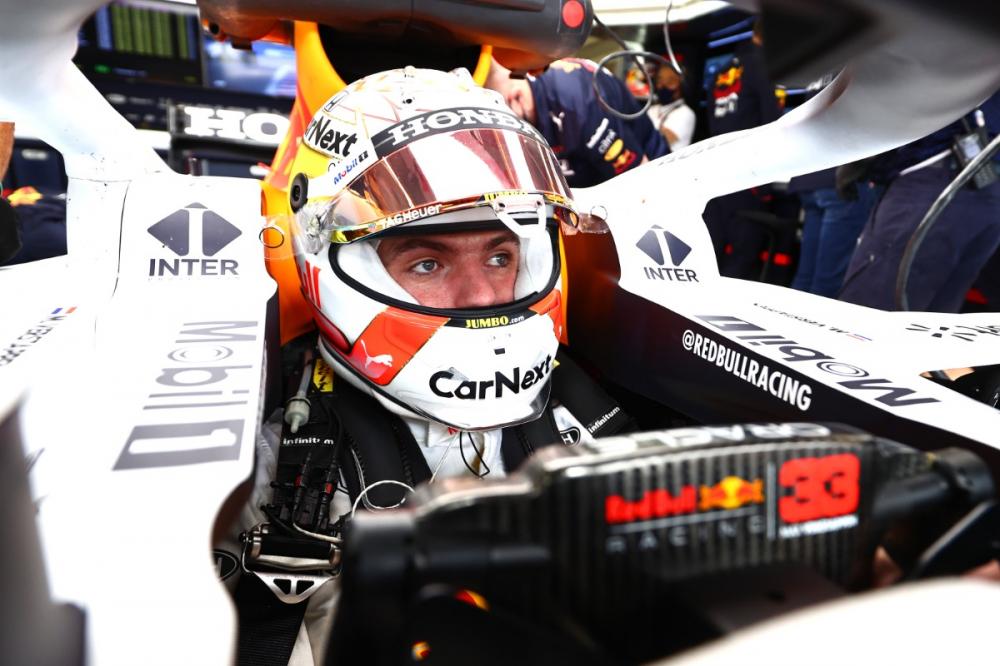 Max Verstappen swept six points ahead of Lewis Hamilton today as they battle to become world champion
After overnight rain the final hour of free practice began in wet conditions at noon local time yesterday and it was AlphaTauri’s Pierre Gasly who led the way ahead of Verstappen, as Hamilton languished down in 18th position after only completing five laps. The session was briefly interrupted by red flags after 22 minutes when George Russell spun off at Turn 2 and beached his Williams car in the gravel. Come the subsequent qualifying hour the track was still damp in places with a little rain in the air, but slick tyres were now appropriate. Hamilton went fastest in the top ten shootout, further improving the track record, but his engine change penalty meant he would start the following day’s Grand Prix in 11th position. Second quickest Bottas therefore became the official polesitter next to Verstappen and just ahead of Leclerc and Gasly, with Alpine’s Fernando Alonso and Red Bull’s Sergio Pérez set to line up on the third row.

The Turkish round was the last European race of the season, with six more Grands Prix to come further afield, and it’s now time for the Formula 1 circus to prepare for a longhaul trip across the Atlantic for three events in North, Mid and South America.
Today the weather gods decided to throw another curve ball into play as the conditions were decidedly damp, with mist and low cloud abounding, and there was further gloom for McLaren’s Daniel Ricciardo who dropped to the back of the grid after a power unit change. As the red lights went out at the start of the race every driver was on intermediate wet tyres and Bottas soon established a lead ahead of Verstappen, Leclerc and Pérez. To their rear Gasly and Alonso clashed at the opening lefthander, which resulted in a somewhat harsh five second penalty for the Frenchman and then the Spaniard picked up the same penalty himself for rather clumsy contact with Mick Schumacher. 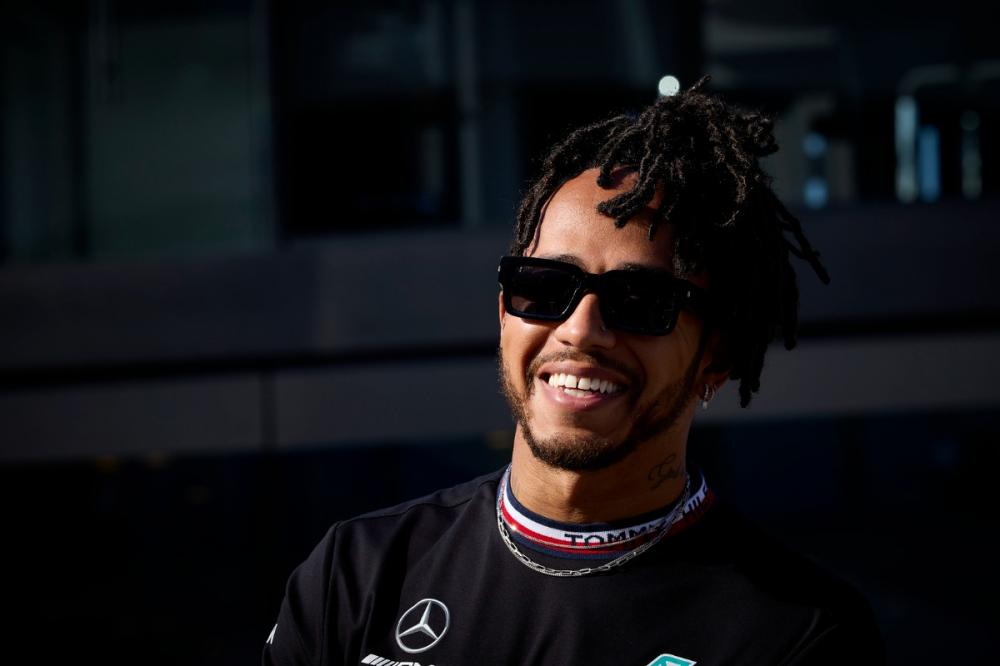 Unlike in Russia, crucial late tyre decisions by Hamilton and his Mercedes team worked against them today
As the leading quartet continued on their way Hamilton was steadily climbing through the field from 11th and by lap 14 was up to fifth. So it remained for some time as everyone’s intermediate tyres gradually started to wear down and become almost like slicks. However, on laps 34 and 35 the full grandstands and large worldwide TV audience were treated to a great scrap for fourth place between Pérez and the chasing Hamilton, with the Mexican just keeping his nose ahead. The wet conditions had meant that pitstops would happen later than usual and it was only on the 37th tour that Verstappen pitted for fresh inters, quickly followed by Bottas and Pérez but with Leclerc and Hamilton staying out. Four laps later Mercedes called Hamilton in for the same change of tyres, but he twice refused, believing the better strategy was to try to race on to the chequered flag with his original if very worn tyres.

The now leading Leclerc, who also still hadn’t pitted, was soon fair game for Bottas who swept back into the lead at Turn 1 on lap 47 and Ferrari quickly called the young Monégasque in for fresh inters himself. Three tours later Hamilton eventually followed suit, dropping from third to fifth position, and Pérez then moved up to third past a struggling Leclerc. So it remained to the chequered flag, with Bottas, Verstappen and Pérez heading to the podium and Leclerc, Hamilton and Gasly completing the top sextet. The victorious Finn also added to his excellent afternoon’s work by claiming the extra point for the fastest lap of the Grand Prix. 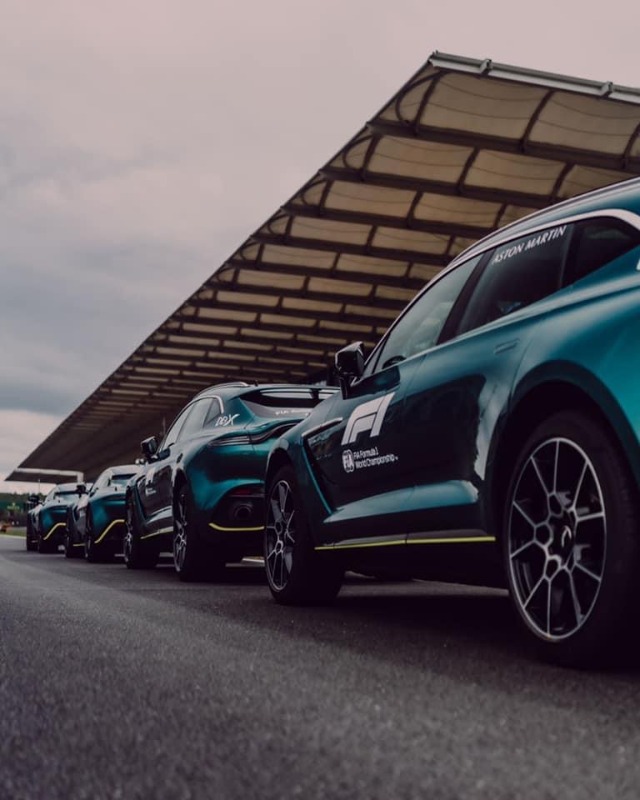 You only ever see one Safety Car or Medical Car on track, but two of each are taken to every Grand Prix - here’s the four together in Turkey
The Turkish round was the last European race of the season, with six more Grands Prix to come further afield, and it’s now time for the Formula 1 circus to prepare for a longhaul trip across the Atlantic for three events in North, Mid and South America. This kicks off a fortnight today with the US Grand Prix, which will be held at the Circuit of the Americas just outside Austin, Texas. Verstappen gained eight points on Hamilton today and will arrive at the excellent COTA track with a six point lead, but there is still so much to play for as this superb season gradually heads towards its conclusion.

1 Mercedes 433.5
2 Red Bull 397.5
3 McLaren 240
Also by Graham Read...
Oscar ﻿Piastri At Centre Of F1 Contracts RowAlonso To Race For Aston Martin From 2023 OnwardsVerstappen Flies ﻿From 10th To Victory In HungaryFour-Time F1 Champion Vettel To RetireVerstappen On Top In France Ahead Of Mercedes Duo