Hyperion CDA68391/2
Available as an MP3, iTunes, CD or FLAC and ALAC formats 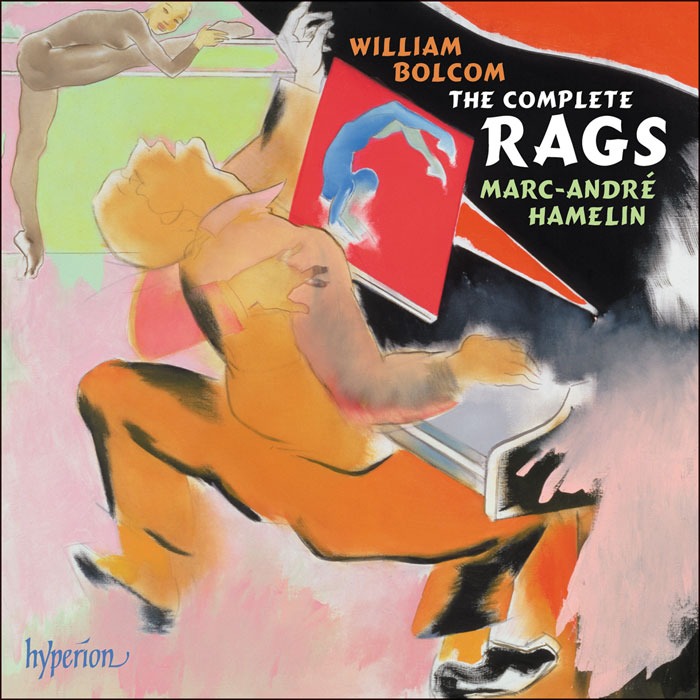 Through syncopated rhythms that dominated popular American culture at the end of the 19th century along the Mississippi and Missouri rivers, he plays William Bolcom’s series of rags dating from his first, Glad Rag in 1967, to perhaps his last in 2015.

One could be in a cinema watching the antics of the Keystone Cops or a romantic scene, being interpreted by a lone pianist accompanying the film; perhaps dancing a Charleston or tango.

With a nod to the master of the genre, Scott Joplin, Bolcom creates different moods, of which, the central one, is humour.

The different pieces have a voice which Hamelin communicates brilliantly through his virtuosic playing. He manages the compositional technicalities with panache never failing to convey the message. Whether the wonderful pauses in Tabby Cat Walk, the fast moving Poltergeist or Brooklyn Dodge, written in the mould of the great stride pianist James P Johnson, Hamelin keeps the rhythmic pace alive.

Hamelin’s proficiency at the piano and Bolcom’s brilliance as a composer fuse together to provide a disc with different emotions the primary one, joy, creating a smile. Hamelin’s rhythmic energy is infectious.

In the notes, Bolcom writes that he is convinced that Contentment written in 2015 and dedicated to Joan Morris, who has brought so much joy and contentment for nearly fifty years of songs and marriage, will be his last rag. Let’s hope not.

Hamelin dazzles and sparkles, never more so than in the final rag Brass Knuckles, written with William Albright. It is dotted with markings like ‘brutal’ and ‘loutish' and one just wants to shout "play it all again" at the end.
Also by Andrew Palmer...
Weekend Dining: The Wild Swan at MinskipClassical Music: Hollywood SoundstageWeekend Interview: Concept To Legacy Richard Caborn Ten Years On From The OlympicsClassical Music Album: Bridge & Britten: Works For ViolaClassical Music: Fanny and Felix Mendelssohn Piano Sextet Piano, Quartet & Piano Trio