ParalympicsGB roared into the men’s wheelchair basketball semi-finals with another brilliant comeback to see off Canada 66-52.

GB trailed 42-34 midway through the third quarter but scored 24 points in the last to seal their safe passage to the last four, guaranteeing their place in Sunday’s medal matches.

Player-coach Gaz Choudhry top-scored with 21 points for ParalympicsGB, while there were also major contributions from Lee Manning with 17 and Gregg Warburton’s 16.

ParalympicsGB will now face either hosts Japan or Australia, who they beat 70-69 in the group stages on Monday despite trailing by 13 points at half-time, on Friday. 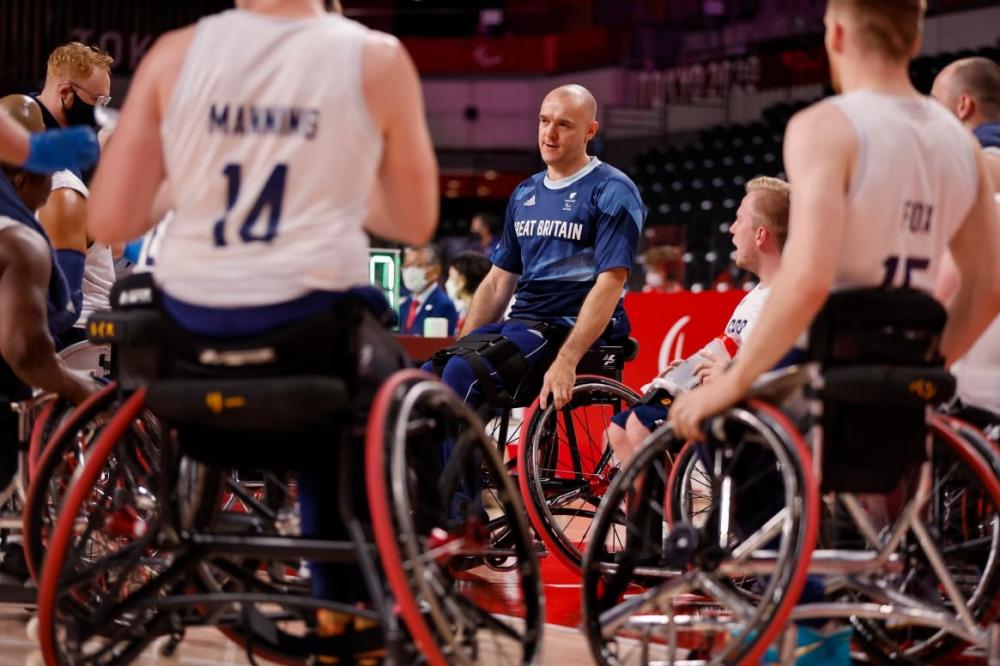 Gaz Choudhry's team are one match closer to a Paralympic medal
Choudhry said: “It was a do-or-die game, it is the toughest game to play but we knew it was a 40-minute game and we prepared, everyone performed amazingly and we came through.

“I don’t know what it is [about the fourth quarter], we seem to play our best when we have our backs against the wall and I am not sure why.

“If I could bottle that up when we are down big, we would have it from the start but we knew it would be a grind, we knew they have Paralympic gold medallists on their team, we know they have the greatest player of all time on their team.

“They have a phenomenal coaching staff in Joey Johnson and they know us well, we knew it would take 40 minutes to beat them and that’s what happened.”

If I could bottle that up when we are down big, we would have it from the start but we knew it would be a grind. Gaz Choudhry
Canada, Paralympic champions at London 2012, started brightly at the Ariake Arena and led 16-14 at the end of the first quarter.

They extended that to 30-26 at half-time but ParalympicsGB reduced the gap to just one point in the third quarter, with Choudhry landing a three-point shot.

They then dominated in the fourth, outscoring Canada 24-9.

“The quarter-final is way tougher than a final because you know if you are out, you leave empty-handed,” Choudhry added.

“We have been in the situation where we have been top of the pool in the 2010 and 2014 World Championships and we lost the quarter-final, so we have been on the other end of this and there isn’t a worse feeling so we used that as motivation to go out and execute tonight.”