Reece Dunn overcame a troublesome shoulder to add a third swimming gold medal to his collection in his weakest event at his maiden Paralympic Games – with another world record to boot.

The 25-year-old has been one of the breakout stars in Tokyo, bouncing back from a frustrating silver in his first event to earn golds in the 200m freestyle S14 and the mixed 4x100m freestyle relay.

However in that relay on Saturday, Dunn injured his shoulder and has been nursing the issue in the days that followed, leaving him to enter the unknown heading into the 200m individual medley SM14, an event he acknowledged is his weakest.

Despite that, he powered home in a world record of 2:08.02 ahead of Brazil’s Gabriel Bandeira to make it a hat-trick of golds, crediting the last three months of build-up for his ability to fight through the pain.

He said: “I don’t know how I did it, it was just my mental attitude. I thought I had nothing to lose, the first 150 was strong and then it was about hanging on.

“I have a posterior shoulder impingement. After that relay, I just tried to nurse it for the next few days. It’s all taped up at the moment, it’s about pinning it back because I can’t support it on my own, especially with the bag and stuff, my shoulder drops down because there’s no support there. I felt it after the relay. Some adrenaline got me through that race.

“The past 12 weeks prior to coming out here was probably the toughest training I’ve ever done. I was overweight, I wasn’t in the best physical, peak fitness I could have been.

“The 12 weeks has been tough, I’ve not missed many sessions and my diet has been on point. It’s just about getting every little bit right.” 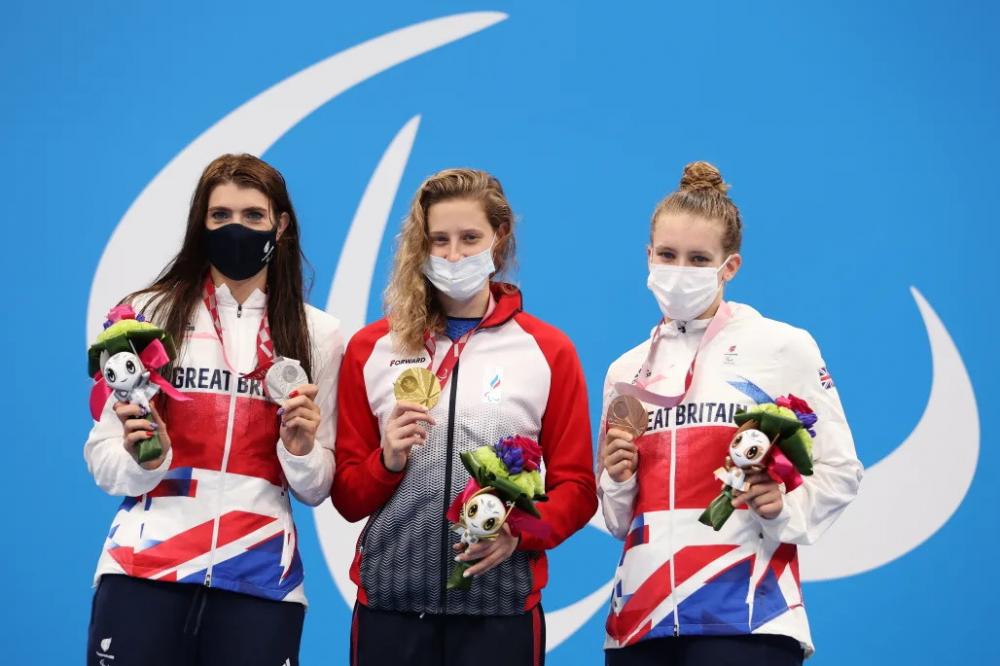 Firth pushed world record holder Valeriia Shabalina all the way before touching home for silver, while Fiddes, who had initially been disqualified in her heat only to be reinstated after appeal, showed incredible fortitude to earn bronze.

That came after a huge battle with the third Brit in the race, Jessica-Jane Applegate, who finished fourth.

Fiddes said: “There’s so much to take away, so much to learn from. Overall, I’m so, so pleased that even though it’s not being the best year of training, I’ve still managed to pull out two medals to take home to my family.”

Stephen Clegg had started the medal rush with a bronze in the 100m freestyle S12, breaking the British record to claim his second medal of the week. That sets him up nicely ahead of his main event, the 100m butterfly, on Friday.

That was quickly followed by Hannah Russell matching Clegg with another bronze medal in the equivalent event, while Toni Shaw was just three hundredths away from adding fourth bronze in the session, coming fourth in the women’s 100m freestyle S9.