Wharfedale’s first visit to Clifton Park since the 90’s saw the home team win comfortably by five tries to one. The first 25 minutes was a good contest just edged by Wharfedale with a Ben Leacock try. 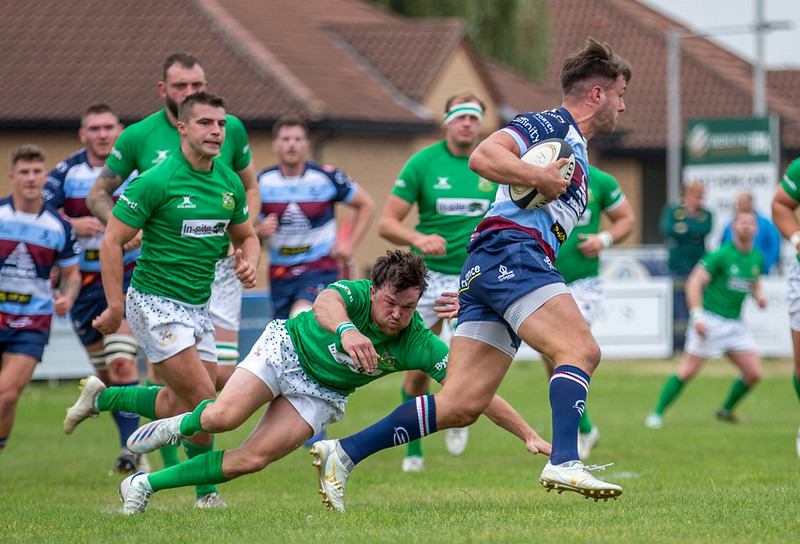 Rotherham did have some time in the Dale 22 but resolute defence kept them short of the whitewash. After 18 minutes the visitors then worked their way up the pitch and a break by Sam Gaudie was carried forward by Joe Altham who offloaded for Leacock to crash over.

Rotherham were handed a big advantage after Sam Gaudie was yellow carded and Matthew Challinor forced his way over. Jonathan West took Rotherham into the lead with the conversion. Dale suffered a second blow when skipper George Hedgley came off the field with an injury. Rotherham used the space to create a second try from winger James Cooke. 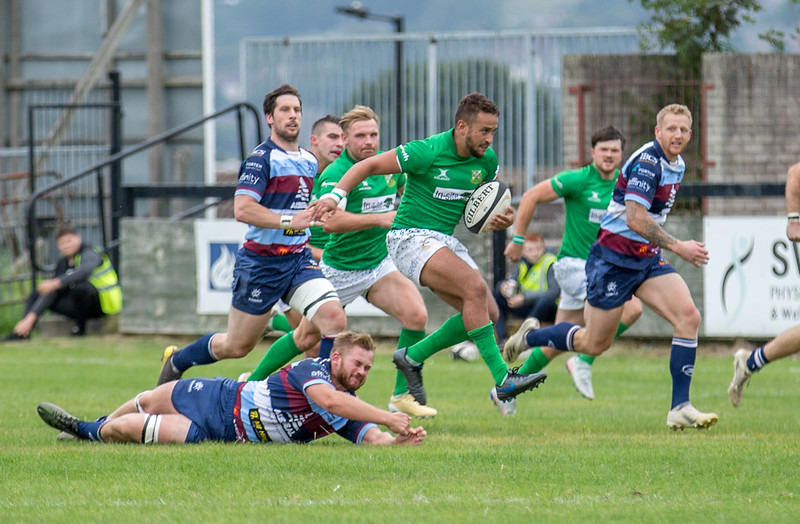 A converted penalty gave Rotherham a 15-5 lead at half-time.

The Titans third try came when Dale had 15 men on the pitch. After 18 phases they crashed over with Challinor grabbing his second of the match.

Harry Bullough was yellow carded on 50 minutes and again Rotherham pressed home the man advantage with Zakery Poole try. Matthew Beasley was the third Dale player to see yellow and the same result; another Rotherham try, this time from centre Richard Hayes who added the extras.

Rotherham rounded off the scoring with a penalty kick.

So, no away win to start the new campaign but this was a fine performance from the Green Machine. The pack worked hard against a strong veteran Rotherham eight. They did the green shirt proud as they never stopped tackling and often repelled wave after wave of ball carriers. 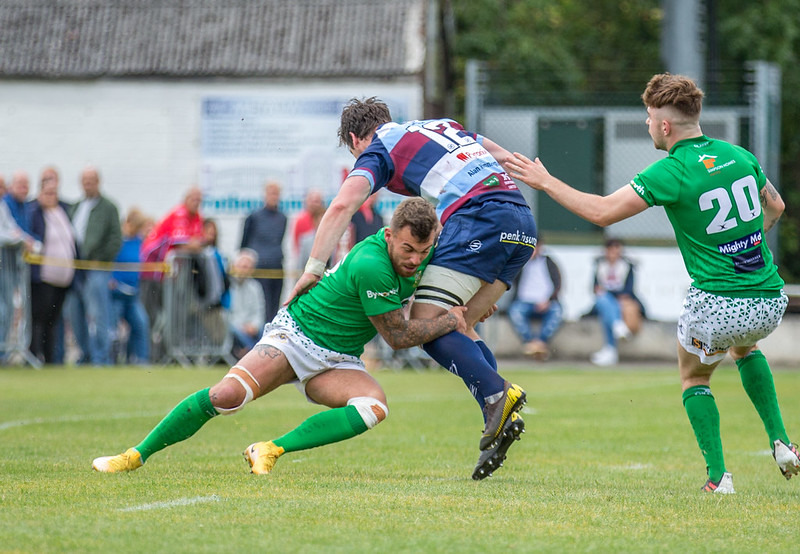 This was a young side up against some seasoned veterans, many of whom who played many seasons in the championship. If the Green Wall had collapsed the score could have been greater so hats off to the lads; let’s get behind this group of players and help develop a great side.