Hannah Cockroft smashed her own world record to win a sixth Paralympic gold medal and lead a British one-two with Kare Adenegan in the women’s 100m T34.

The Hurricane blew through Tokyo’s Olympic Stadium at all-time high speed, picking up from the 40-metre mark to win in a time of 16.39 seconds.

It was the eighth time Cockroft has broken a world record this year and another golden chapter for the wheelchair racing great. 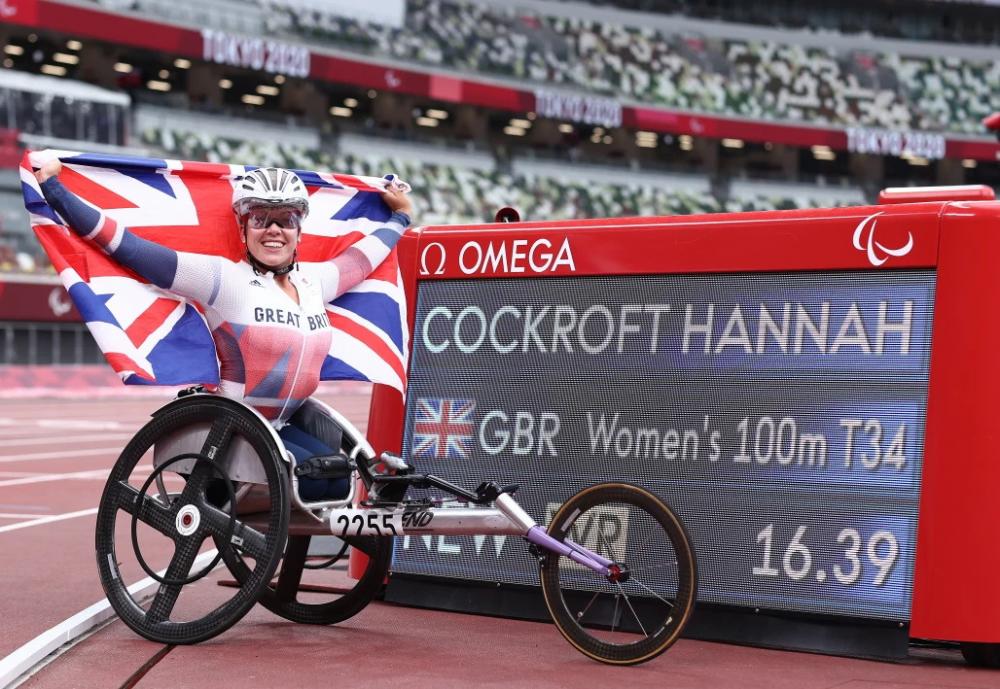 Hannah Cockroft obliterated her own 100m world record
“I honestly didn’t know that time was within me,” she said.

“I knew that Kare was going to move out of the blocks, and I had to go with her as best I could.

“She just pulled a good time out of me. It has been coming, it has always been there hiding, it has just taken a few years to show its face.

“I am relieved, excited - I’ve already cried and I’m not a crier, I can’t believe it.

“There has been so much pressure and insecurity around this whole Games; it was on, it was off, it was back on. Family can come, they can’t come. To finally be here, get out there and put that time down is amazing

“I’ve been to the last two Games and won five golds, so anything less than gold wouldn’t be enough, I wouldn’t be satisfied. I’m 29 now so I haven’t got many of these left.” 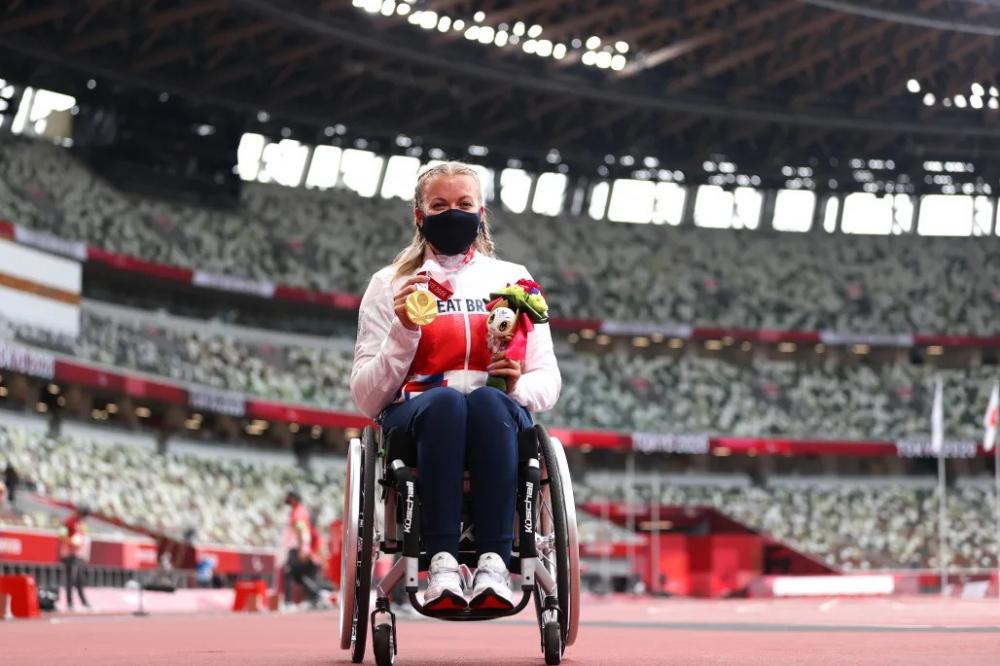 Hannah Cockroft now has six Paralympic gold medals in her collection
The only T34 racer ever to beat Cockroft, Adenegan got a typically swift start and had a significant lead in the early stages.

Her ParalympicsGB team-mate was just too powerful in the middle phase but the 20-year-old still finished strongly for silver, 0.64 seconds behind Cockroft.

Adenegan finished in a time of 17.03, a season’s best and well under the old Paralympic record.

“My start was really good and I was surprised by how ahead I actually was,” she said.

“I just had to keep going, I know that Hannah’s top speed is faster than mine so at some point she probably would start coming past me.

“I just had to focus on my race and seeing that time, I’m really, really happy with that.” 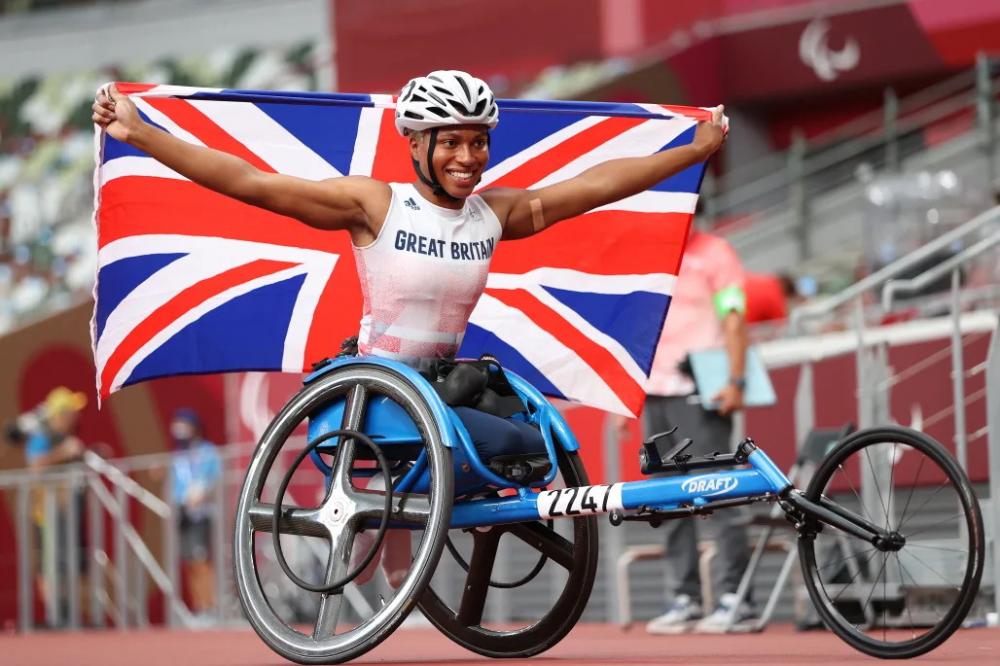 Kare Adenegan made it a British one-two with an impressive race
It was a repeat of the one-two the pair pulled off at Rio 2016 and the 2017 World Championships.

Fabienne Andre, who only began training as a wheelchair racer in 2018, finished fifth in her first-ever Paralympic race with 19.14.

“It was an incredible experience,” she said. “I just came out here to enjoy the experience and it was amazing to have a race, and I’m really looking forward to the 800 in a week.” 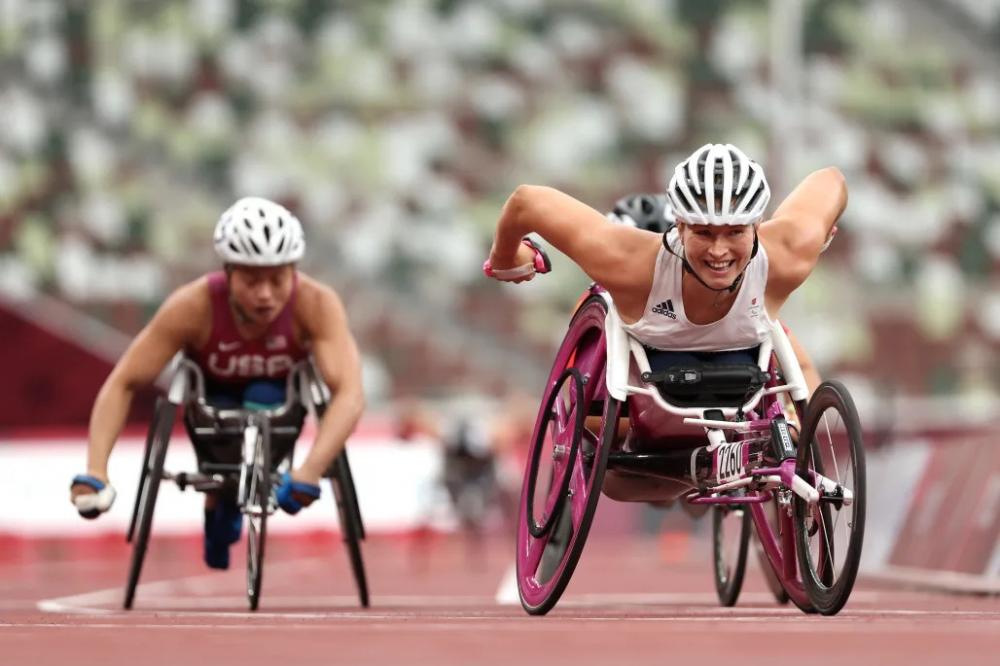 Sammi Kinghorn safely made it through the women’s 800m T53 heats
There was a personal best for 27-year-old Melanie Woods in the heats of women’s 800m T54 as she clocked 1:52.05, seeing her through as clearly the fastest non automatic qualifier.

There will be two Brits in the men’s 400m T54 final after Richard Chiassaro finished second in his heat to safely advance and Nathan Maguire’s time of 46.72s was only good enough for fourth in a fast first heat but sees him as advance as one of the next-fastest athletes.

In the same event, Daniel Sidbury was disqualified but there was better news in the men’s 100m T13 as Zak Skinner reached the final by taking the last available next-fastest slot with his time of 11.14s.