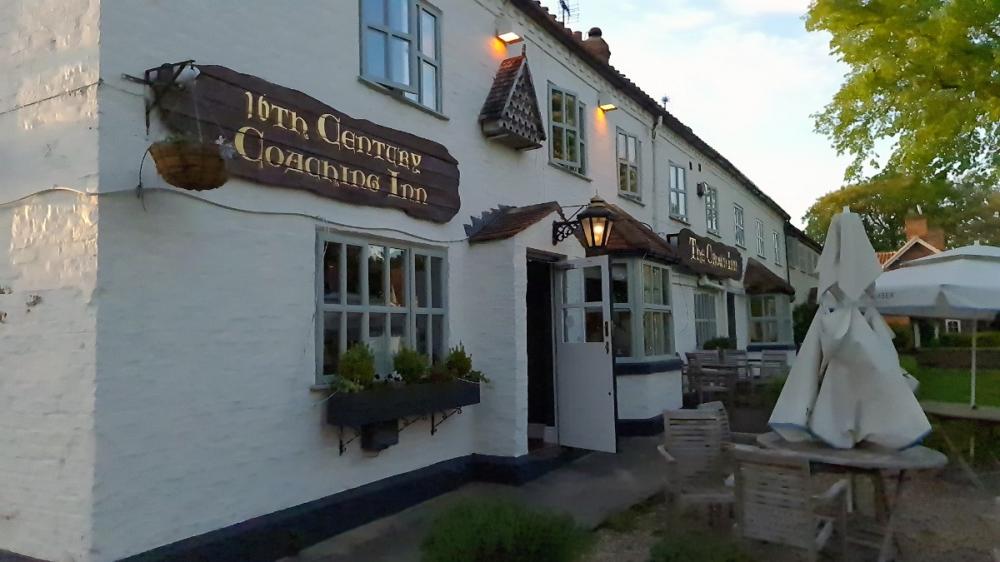 When the newly appointed chef came to chat at the end of service, I asked him where he got the inspiration for his fantastic goose starter; he replied, surprisingly, all the ideas for his concoctions come when he’s in the bath. Well, it doesn’t matter where we get our Eureka! Moments, as long, as it does for Murphy, they contribute to culinary flair and creativity.

The team running The Crown are just seven weeks in, and already making a mark in the local community. Many of the residents are dining twice a day, three times a week, to support Team Crown and its not hard to see why. There is also a bartering board where locals can swap fresh produce for a pint. 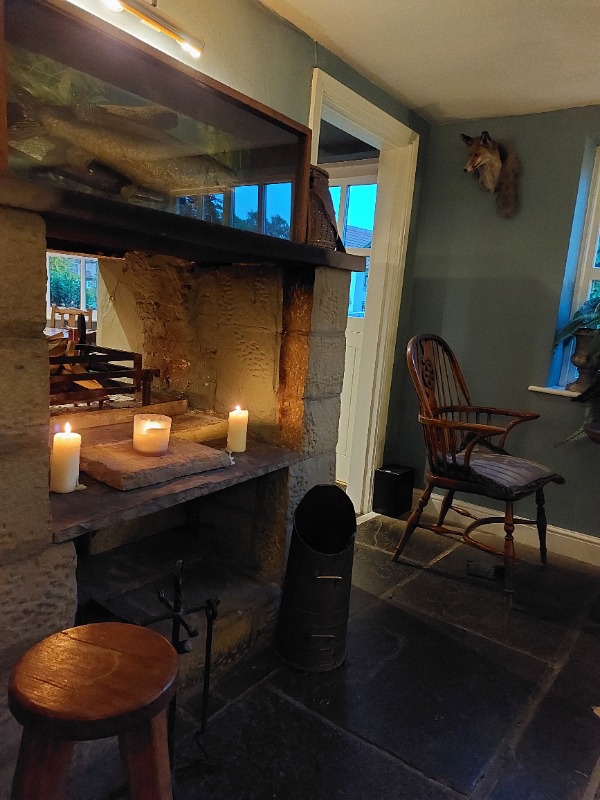 There are a trio of Pauls that are making the formula work. As we headed towards the back entrance General Manager, Paul Binnington, was in the car park with a warm welcome only to replicate the greeting a few minutes later when he popped up at reception with the same beaming smile.

Do not for one moment think that it is over the top, it was a comedic moment that just happened. The service is first class because relaxed is the style. Last week, I was in a different part of North Yorkshire for Sunday lunch and every time I popped a morsel of food in my mouth a waiter would appear, asking if I was enjoying it. Arghh!

No, Paul Binnington’s friendly approach is, I suspect, part of the allure for getting the heart of the community on board. No conveyor belt attitude more of a casual settling in for the evening. The informality is part of the appeal, no white tablecloths and set piece tables, just excellent food, in a rustic style coaching inn, the décor of which, has not changed since I was last here about 5 years ago adding to its charm.

Because several locals are choosing to dine regularly, Murphy changes the menu more frequent during the week than competitors would, and you will not find fish and chips or pies - isn’t that refreshing? 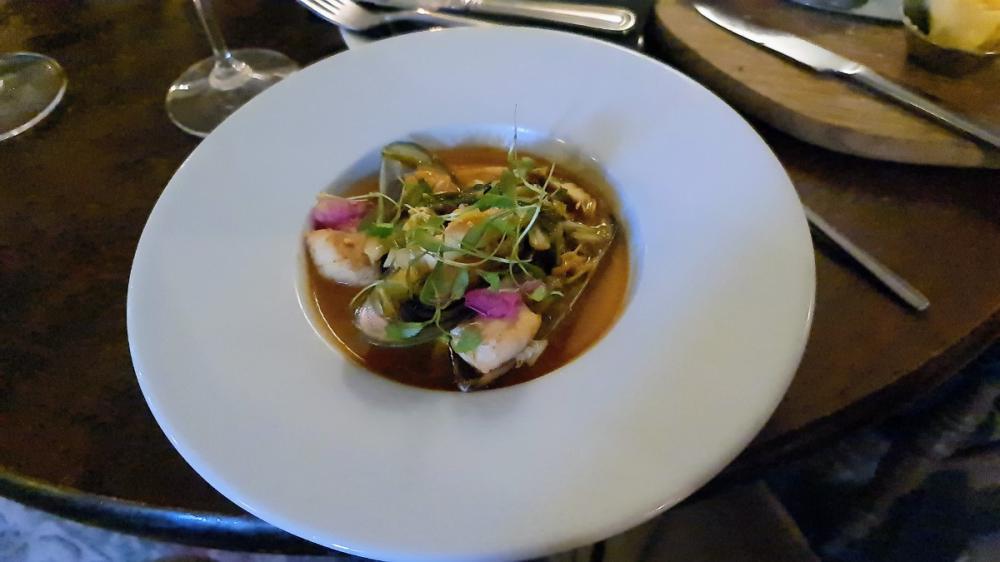 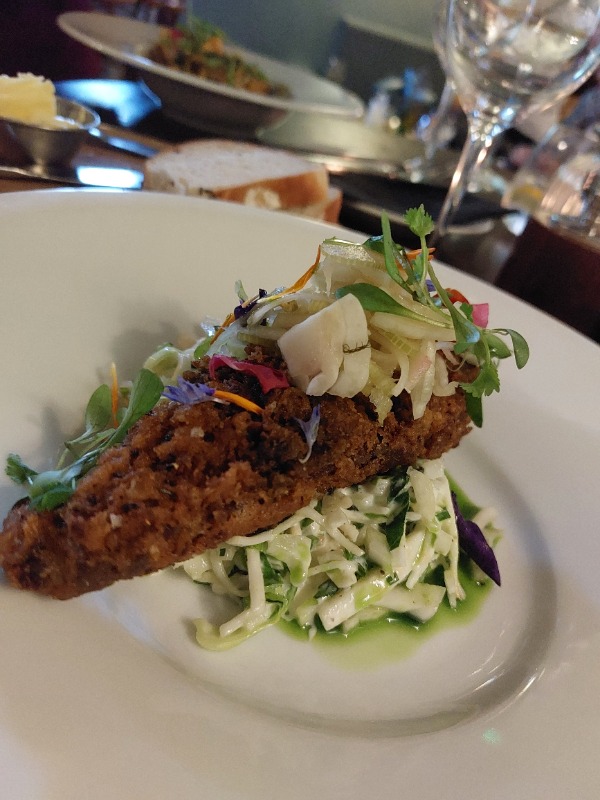 The generous portion of Kentucky Fried Goose was coated in a delightfully subtle and crunchy coating. There are not many places, if any, around the area that would present goose. It sat on the celeriac slaw and pickled fennel each flavour subtly contributing to the taste, offering Murphy’s take on an American dish gone trendy. The pastel green and white colours were attractive. The scallops were cooked to perfection nestled in a glorious red butter sauce oozing taste. The ginger was delicate not too strong offsetting the lemongrass and the chilli gentle enough just to make its presence felt as was the coriander, which these days is omnipresent but here was part of a team of ingredients.

In between courses, two ladies casually tucking into steaks, whilst sitting on a sofa, waxed lyrical; one declared she had not had a blue steak cooked this well, since she was last in Buenos Aries. A compliment that didn’t go unobserved. 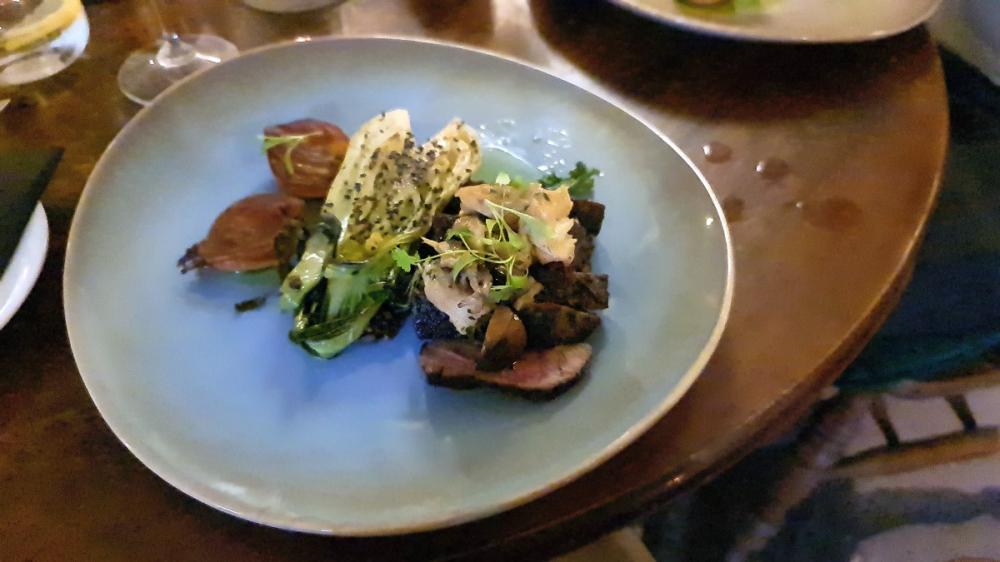 Like many good restaurants in North Yorkshire meat is sourced from R&J Butchers and both the lamb and the steak were fine tasty cuts.

My companion had the Kombu Marinated ‘Bar’ Steak, Soy Miso Onion, Bok Chok Choi, mushroom and wild rice (£26). An interesting serving, with the steak medium and soft to the knife. The Asian individual components of this dish combined to create something quite unexpected especially as the consistency of the rice balanced the excellently cooked steak. 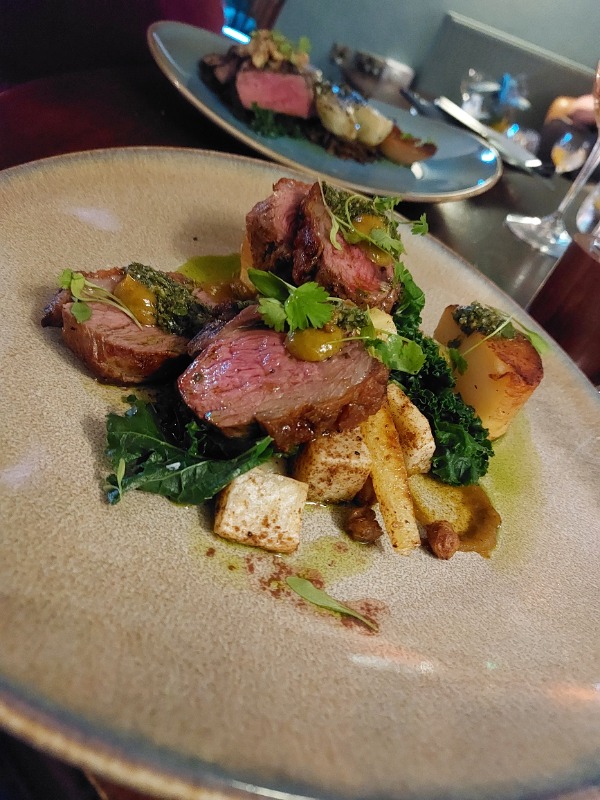 It was the same for the lamb rump accompanied with potato fondant, Moroccan spiced chutney (£25). Murphy understands his textures beautifully. The chickpeas had a deliciously sweet crunch, once again cooked so the hardness was in harmony with the well-cooked lamb. A faint coating of a kind of mint pesto added a tad of British traditionalism to Murphy’s take on the essence of Moroccan chic. Seasoning spot on. Both dishes were elegant.

The lady on the sofa, who had devoured her one course steak, was now chatting about having “bad food envy” that makes two of us, as I looked round at the other diners' choices. Another visit is a must. 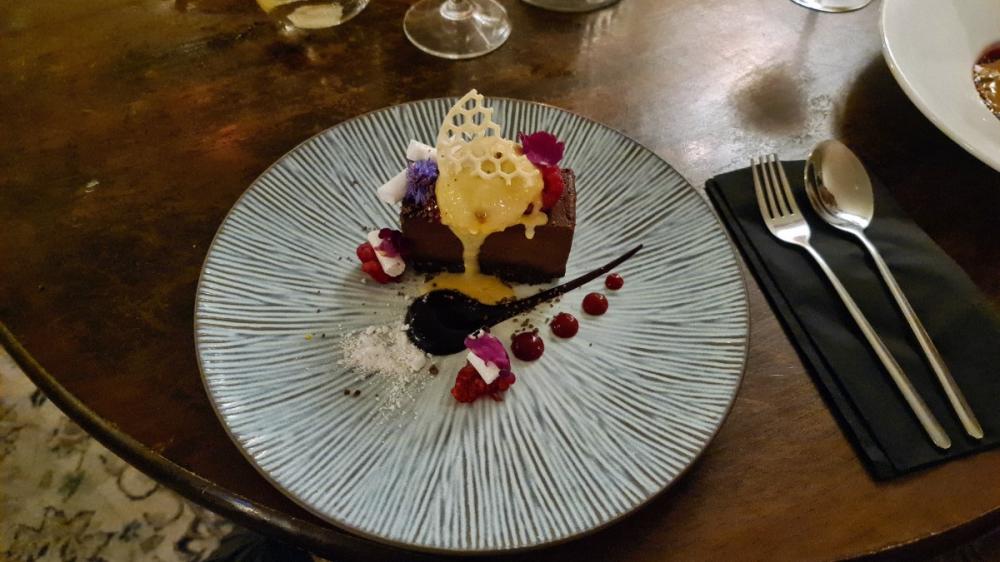 Looking at the deserts it would have been churlish to pass, so a chocolate and cherry torte, honeycomb ice cream was chosen whilst I opted for a delicious, but nevertheless heavy option, warm Biscoff donut, blueberry, vanilla ice cream. Despite the heaviness, the warm filling oozed out like breaking an egg, giving it time to mix with the blueberry and vanilla ice cream. Rich, obscenely calorific, as well as lusciously sweet. 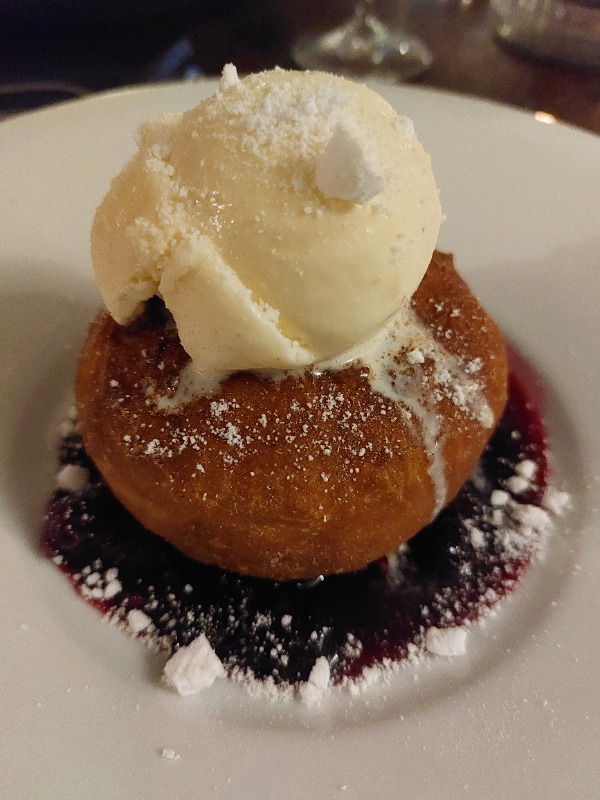 The ice creams and breads are made on site with the help of the third Paul, sous chef Paul Stephenson, who has been collaborating with Murphy for some years.

All the dishes had charisma because Murphy is in tune with his audience. Messrs Binnington and Murphy are a double act to watch especially as they start planning the long-term future marketing strategy to get the Inn’s rooms fully open.

There are a range of Yorkshire beers and a good wine list. The former coaching inn had a great reputation some years ago and the Binnington and Murphy duo are fast reclaiming its position with unfussy, fantastic cooking; it should not be hard to regain its crown as one of the best eateries in the Ripon/Boroughbridge area if, Murphy keeps taking a bath! 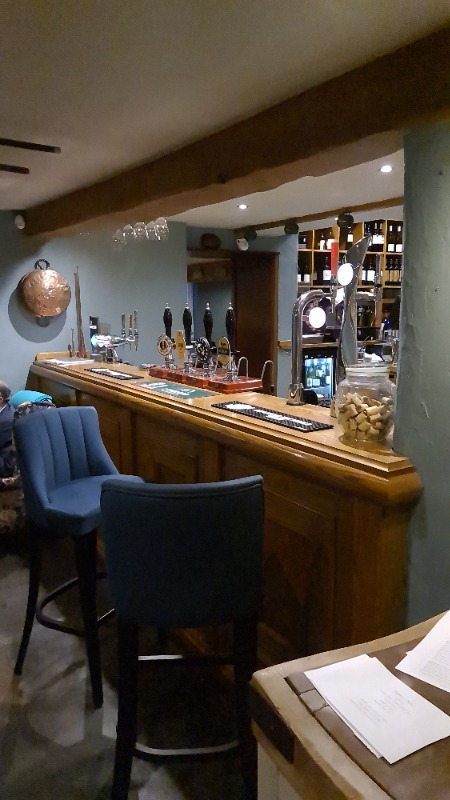 An 85 seat room can be used for weddings more information https://www.thecrowninnroecliffe.co.uk/wedding-reception-venue-north-yorkshire/